A history of donation, transfusion and transplantation

From the foundation of the NHS in 1948, we take a look back at the history of donation, transfusion and transplantation through the decades.

Blood donations and transfusions save and improve thousands of lives every year. Around 825,000 people volunteer to give blood each year because they want to make a difference. Just like doctors and nurses, our donors are heroes of the NHS. Here are some key events in the history.

1616 - English physician Dr William Harvey establishes that blood circulates around the body in a systemic circulation with blood pumped around the brain and body by the heart.

1665 - The first successful blood transfusion is carried out by Dr Richard Lower between two dogs. Subsequent experiments in transferring blood from animals to humans and between humans result in many deaths.

1818 - Dr James Blundell invents an instrument for transfusing blood and carries out a successful transfusion to a dying patient. He identifies that only human blood can be transfused to another human being.

1901 - Austrian pathologist Dr Karl Landsteiner discovers the ABO blood groups and goes on to carry out extensive research in blood typing which earns him a Nobel Prize in 1930.

1914 - Dr Hustin of Belgium discovers a technique for preventing the coagulation of stored blood outside the human body.

1936 - Spanish doctor Federic Durán-Jordà establishes the world's first transfusion service in Barcelona in August 1936, at the start of the Spanish Civil War. This is followed closely by a similar service in Madrid, set up by Canadian doctor Normal Bethune in December 1936 after visiting Dr. Durán's service.

1939 - The outbreak of WW2 sees an enormous need for transfusions and blood donation centres are set up across Britain.

1946 – The Ministry of Health takes control of blood banks and sets up the National Blood Transfusion Service made up of regional blood centres. At this time, around 200,000 units of blood were collected from around 270,000 donors. Today 1.6 million units are provided thanks to around 900,000 donors.

1975 - Glass blood bottles are replaced with the plastic blood bags we know today.

1986 - Screening begins. Following the identification of HIV and AIDs at the beginning of the decade, blood donations begin to be tested for the HIV virus. Five years later, testing for hepatitis C is also introduced.

1996 - The National Blood Service (NBS) becomes a truly nationally coordinated body rather that a series of regional blood centres.

2005 - NHS Blood and Transplant (NHSBT) is formed as the National Blood Service and UK Transplant merge.

A public information film from 1949, one year after the NHS was founded. 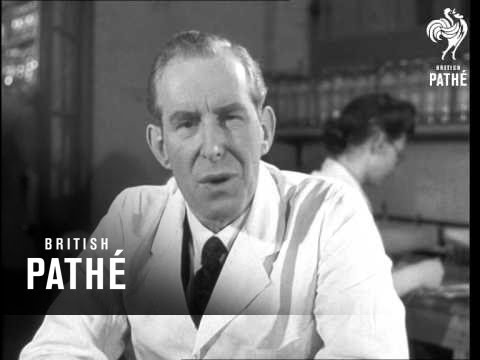 A public information film in which Ernie Wise and Glenda Jackson give blood whilst making jokes. 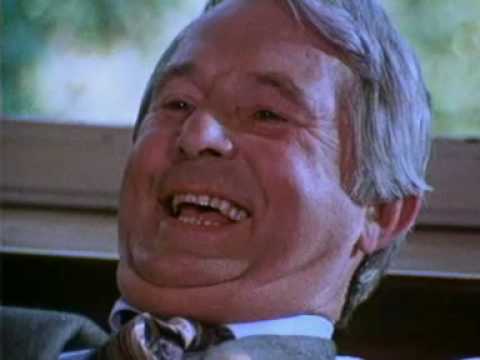 2018 - Today the NHS needs 6,000 donors to give blood everyday to meet patients' needs. Around 250,000 new donors are needed every year to replace those no longer able to donate.

There is also an increasing demand for blood from B Negative donors, and blood from donors with the rare sub-type Ro; both of which are needed to treat patients witch sickle cell disease.

You can register to become a blood donor here.

Organ and tissue donation and transplantation

Transplants are a miracle of modern medicine. The donation of organs and tissue from one person to another saves and improves around 3000 lives in the UK every year.

1905 - The first reported cornea transplant takes place in Olmutz, Moravia. Dr Eduard Zirm performed the operation on a labourer blinded in an accident. He can see again after a few hours and regains his sight for the rest of his life.

1948 - The NHS is established and will go on to be at the forefront of organ transplant technology.

1954 - The first successful kidney transplant operation is performed by Dr Joseph Murray in Boston, Massachusetts. The technique has since saved over 400,000 lives worldwide, and more than 3,000 kidney transplants are now carried out in the UK each year.

1965 - A kidney transplant in the UK uses an organ donated from a dead person for the first time.

1967 - The world’s first heart transplant was performed in South Africa by Dr Christian Barnard. Louis Washkansky received the heart of a young woman. He died of pneumonia 18 days after the operation – but it proved a transplant was possible.

1968 - Britain’s first heart transplant is carried out by a team of 18 doctors and nurses at the National Heart Hospital in London. Frederick West received a heart from labourer Patrick Ryan who had died of head injuries. Around 300 heart transplants are now performed in the UK every year.

1968 - The National Tissue Typing and Reference Laboratory is set up in Bristol to check the suitability of organs for donation.

1971 - Donor card for kidney donation is introduced to show a person wishes to donate their organs.

1981 - The original kidney donor card is replaced by a new donor card which is expanded to include heart, liver, pancreas and cornea donation.

1983 - Launch of the Corneal Transplant Service with support from the Iris Fund for the prevention of blindness. Cornea transplants now save the sight of some 2400 patients in the UK every year.

1983 - The first combined heart and lung transplant is performed by Sir Magdi Yacoub at Harefield Hospital.

1986 - The Bristol Eye Bank is established as part of the Corneal Transplant Service’s national network. Donated corneas can be stored for up to four weeks before transplant and the Bristol centre sends some 1,500 corneas around the country for transplant surgery.

1994 - Following a five year campaign, the NHS Organ Donor Register is set up to co-ordinate supply and demand. The Cox family from Wolverhampton led the public campaign in memory of Peter Cox, who died from a brain tumour in 1989 aged 24 and became a donor. 2.2 million people will have joined by the end of 1995.

1995 - The first living lung-lobe transplant for cystic fibrosis (CF) in the UK was performed by Professor Magdi Yacoub in July l995, at Harefield.

2000 - UK Transplant is formed with an extended remit to increase organ donor numbers.

2004 - Tenth Anniversary of the Organ Donor Register – by now 15million people have registered their wish to be an organ donor.

2005 - The first partial face transplant is carried out in France on a 38 year old woman who had been savaged by a dog.

2005 - The Human Tissue Authority is established to regulate the removal, storage and use of human organs and tissue.

2007 - Former palliative care nurse Kay Mason becomes the first non-directed altruistic donor in the UK, donating her kidney to a complete stranger. The second is Barbara Ryder, a nurse from Cornwall  who donates her kidney to Andy Loudon, a carpenter  from Bedfordshire who has been on dialysis for two years.

2008 - The Organ Donation Taskforce Report is published making recommendations on how to increase organ donation.

2010 - The world’s first full face transplant in carried out in Spain on a patient who had accidentally shot himself five years earlier.

2015 - Wales introduces legislation that deems that people over the age of 18 who live and die in Wales have consented to organ donation unless they have recorded a decision to opt out.

2017 - The English and Scottish Government indicate that they too will legislate to introduce an ‘opt out’ system.

Below: An organ donor card from the 1980s 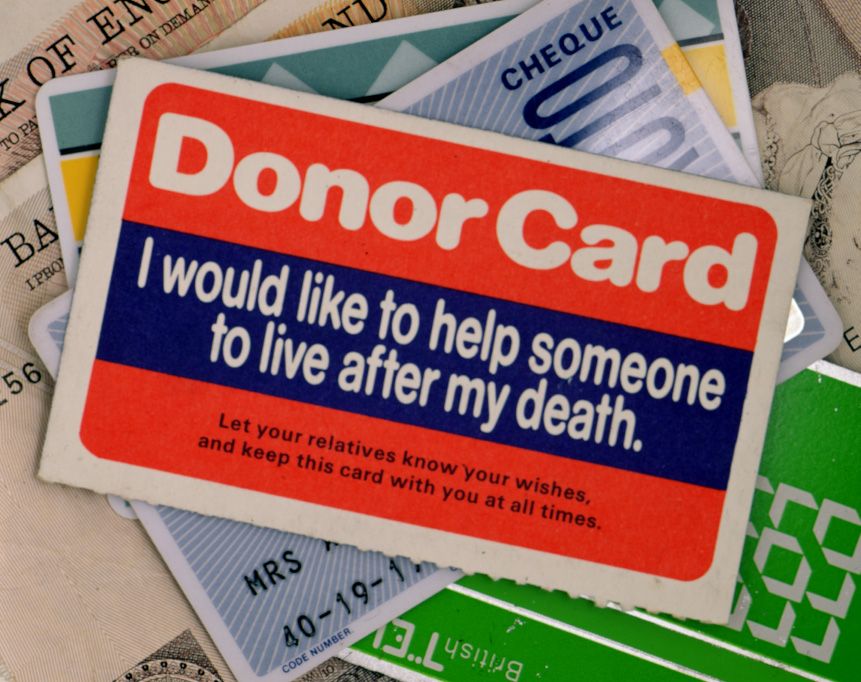 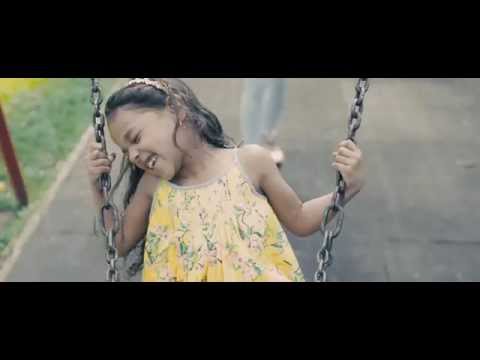 2018 - There are now over 25 million people on the NHS Organ Donor Register, representing 38% of the population. In the UK only around 5,000 people die every year in circumstances where organ donation is possible. In April 2018, NHS Blood and Transplant announced that for the first time ever, more than 1,500 people in the UK (during the course of the previous financial year) donated their organs after they died, meaning that more people than ever had received a transplant to transform their life. However, there are still around 6,000 people waiting for a transplant, and three people die every day in need of an organ transplant.

You can register to become an organ donor here.