NHS Blood and Transplant has thanked the Cox family for their campaign to create the NHS Organ Donor Register as the country gets set to celebrate the 70th anniversary of the NHS.

New figures checked for the NHS70 celebrations show that 6,600 people who were on the register have now become donors after their deaths since it was launched in 1994, leading to 18,000 life saving and life improving transplants. (1)(2) 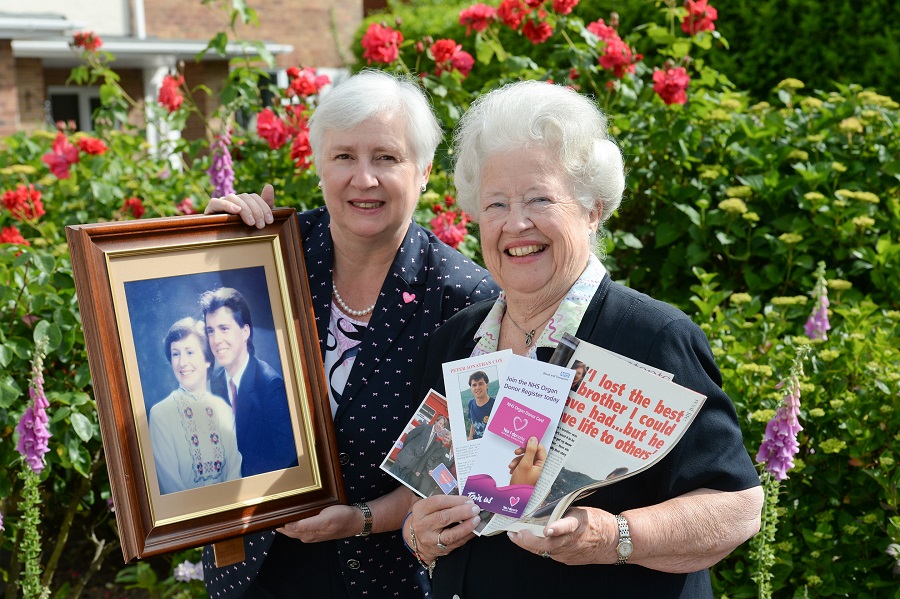 The Cox family, (pictured: Christine Cox left and Rosemary Cox) from Wolverhampton, led the public campaign for the register in memory of Peter Cox, who died from a brain tumour in 1989 aged 24 and became a donor.

They discovered there was no UK-wide central register of people who wanted to donate. They wanted to help stop other families suffering the grief of losing a loved one.

Today, there are now more than 25 million on the NHS Organ Donor Register, representing 38% of the UK population.

The centralised donor register allows Specialist Nurses in Organ Donation to quickly and easily check if someone has indicated they wish to donate. More than nine out of ten families now agree to support donation if they know their relative was on the register. (3)(4)

The role the Cox family played has been brought into the spotlight for the NHS 70 anniversary on July 5, and with the Government’s plans for an opt out system of organ donation legislation. (5)

John and Rosemary Cox, together with their daughter Christine, decided they wanted to make something positive come out of the tragic loss of their dearly loved son and brother, Peter.

Peter Cox, a graduate civil engineer who was working on the M40, died after a nine month illness due to an astrocytoma.

“When he knew he was dying, he told us that he wanted to donate his organs and it was up to us to make it happen,” said Christine, 55, who, until recently, worked for Rolls-Royce plc as Executive Assistant to the Chief Executive.

“He was the most inspirational young man I have ever known. I miss him every day. He loved his family, he was very charitable. He was the life and soul of the party. He would have made a difference to the world. He is still an inspiration and he is still giving so much to so many people.”

Following Peter’s death, the family wrote to Virginia Bottomley, the Secretary of State for Health at that time, with their vision for the first step in bringing a presumed consent (or ‘Opt out’) system into being - a UK-wide database of people willing to give their organs. The family were told an opt out system would not reach legislation at that time and they put their efforts into establishing the database.

Kidney donor cards had been around since 1971 and these were replaced by donor cards for most organs in 1981. However, donor cards could be lost, or simply not found by busy medical and emergency services staff. The wishes of some people who wanted to donate went unknown.

The family wrote hundreds of letters and give interviews to national newspapers and broadcasters. They worked with MPs and Peter's story was discussed in parliament.

In 1993, Christine spoke at the Conservative Party Conference in Blackpool and following meetings with Minister Tom Sackville in 1994, Tom announced the formation of the NHS Organ Donor Register in October 1994. The family worked on the national publicity campaign that followed and the register has become an integral part of the work of NHS Blood and Transplant.

The family have been interviewed for documentaries and features to mark the NHS70 celebrations. Christine said it was ‘amazing, incredible’ to hear that 18,000 transplants had taken place from people on the NHS Organ Donor Register. 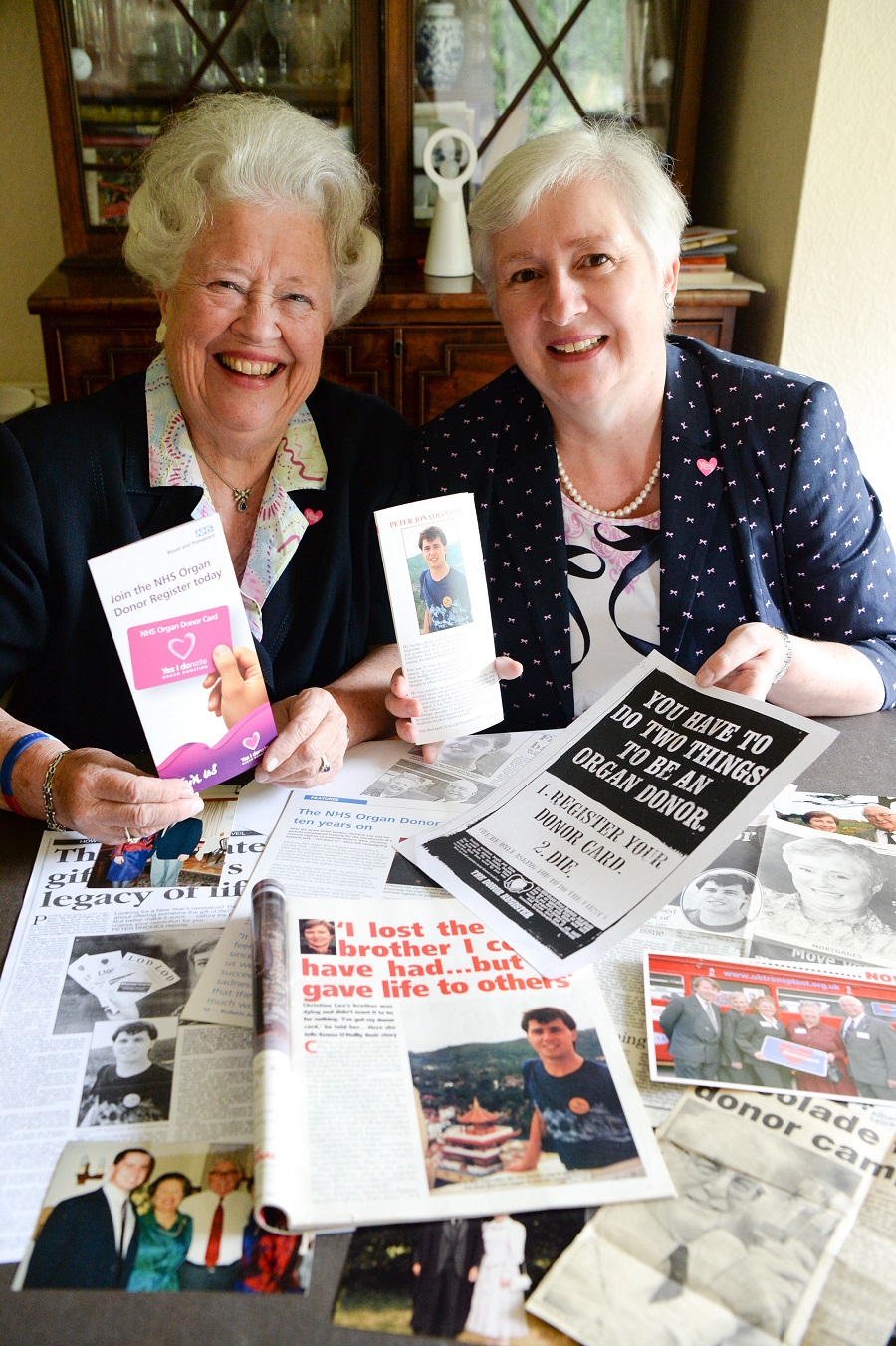 The family continued to campaign after 1994 for an opt out system. John Cox, a retired civil engineer, died in 2007. Christine, 55, who lives in central London, and her mum Rosemary, who lives in Wolverhampton, are still campaigning.

Ben Hume, NHS Blood and Transplant’s Head of Transplant Support Services, which includes the NHS Organ Donor Register, said: “We’re so grateful to the Cox family for their tireless work. The NHS70 celebrations are not just about recognising NHS staff but members of the public who have worked to save lives.

“Nine out of ten families agree to support donation if their relative is on the NHS Organ Donor Register. The register provides clarity and enables more lifesaving transplants.

“If a family knows that their relative wanted to save lives and was on the Register it can be so much easier for them to support this. If their relative had not registered, the family is still approached about donation and asked to make a decision at a very difficult time on their relative’s behalf.

“So, we urge people who support the lifesaving power of organ donation to join the NHS Organ Donor Register and tell their families they want to donate.”

Christine added: “We wanted something positive to come out of Peter’s death. We wanted to stop other people going through what we want through when we lost Peter. We want to give a voice to the thousands of people on the transplant waiting list who are too weak to fight for themselves.

"We have achieved many ambitions in our lives but the NHS Organ Donor Register is the most important as it not only saves lives but improves the quality of life for the recipients and their families as well.”

You can make an amazing difference