The plasma for medicines programme

In February 2021, the Government lifted a decades old ban on using plasma from UK donors for immunoglobulin medicines, following a review by the independent experts of the Commission on Human Medicines. 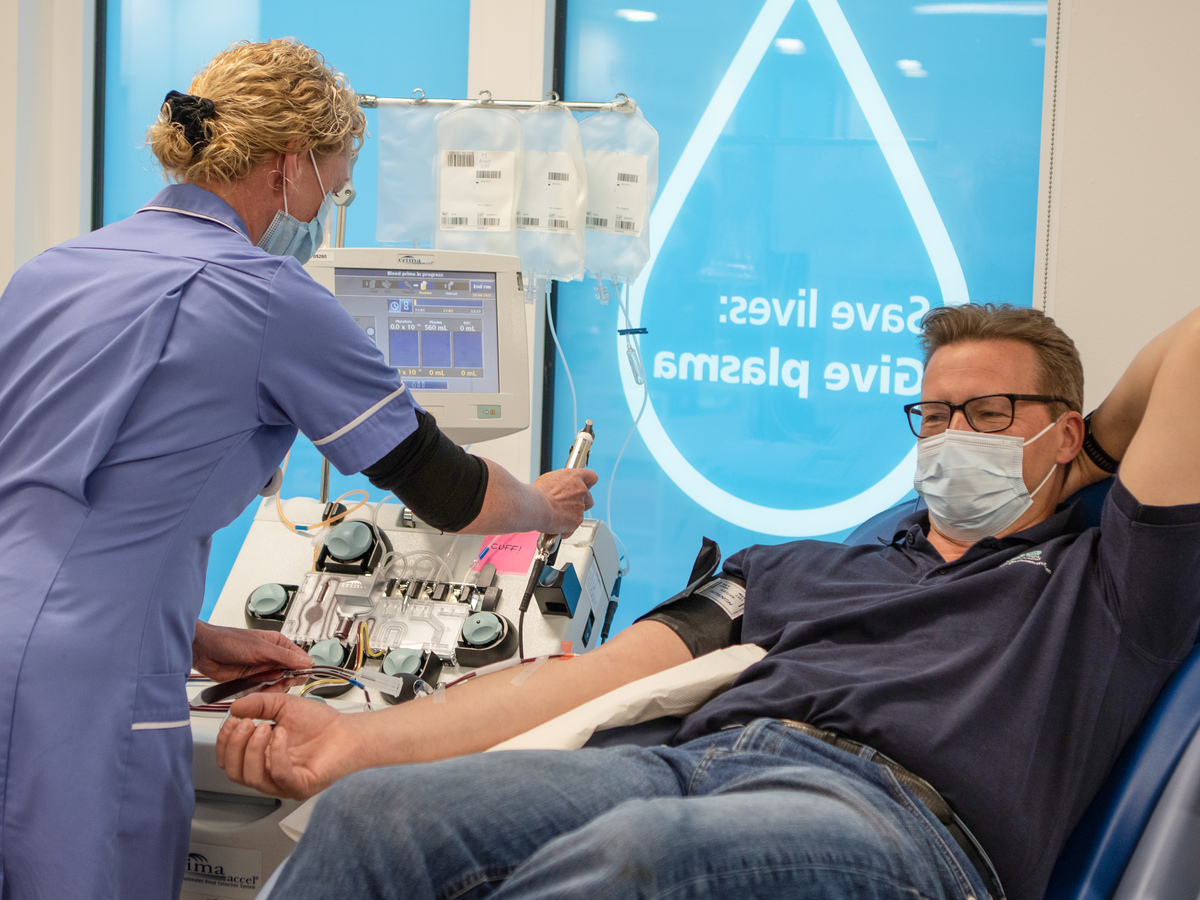 The ban was introduced in 1998 in response to concerns over the spread of a human variant of BSE, known as ‘mad cow’s disease’, called Creutzfeldt Jakob Disease. The UK had to rely on imports of these medicines.

Due to a large rise in global demand for immunoglobulins, both plasma and these treatments have experienced ongoing pressures on supply in the UK and around the world.

Now the ban has been lifted, plasma from UK donors can again be used to manufacture these life-saving immunoglobulin medicines for NHS patients, reducing the reliance on imports.

The Department of Health and Social Care, NHS Blood and Transplant (NHSBT), and NHS England and Improvement, are now working together on an ambition to create a long-term domestic supply of plasma in England.

To create the supply of immunoglobulins, NHSBT has been directed to both collect plasma donations and also recover plasma from whole blood donations.

Three plasma donor centres – previously used for coronavirus research – are taking donations, with plans to expand the number in the future. They are in Reading, Twickenham, and Birmingham. NHSBT is also now recovering plasma for medicines from blood donations at a small number of sessions, with that number due to greatly expand.

The plasma is currently being stored and will be manufactured into medicine by a fractionator due to be appointed, with the products expected to reach patients in coming years, following the lengthy manufacturing process.

NHSBT aim is to deliver a world-class plasma service to support UK patients by collecting plasma to bolster self-sufficiency of plasma for medicines.