NHS Blood and Transplant is marking the week of World Kidney Day (14 March) by announcing the 1000th kidney transplant under the UK Living Kidney Sharing Scheme (UKLKSS) is due to be carried out this week. 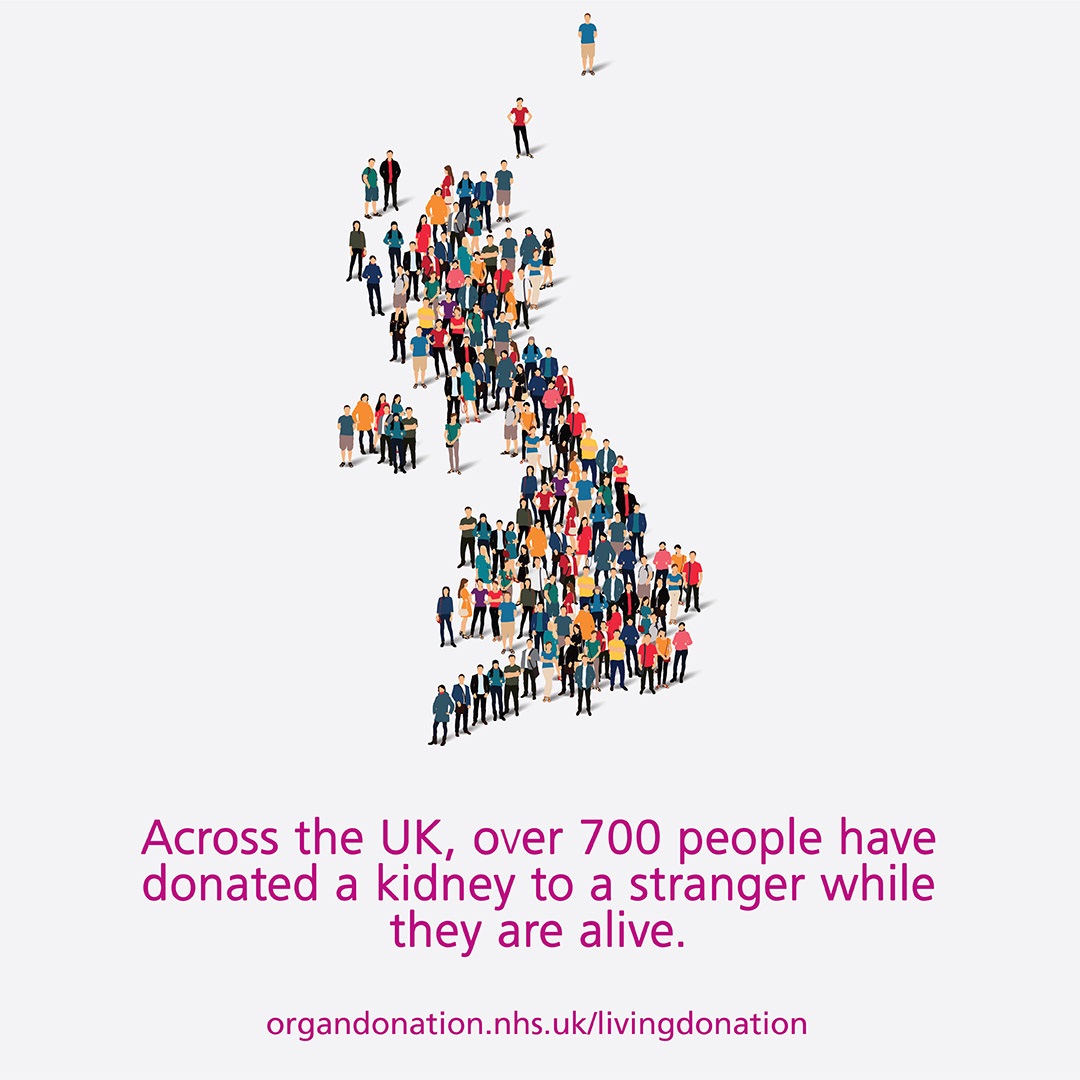 The scheme started in April 2007 because many ‘difficult to match’ patients   had friends and family who wanted to donate a kidney but weren’t a compatible match by blood group or tissue (HLA) type.

If the patient enters the sharing scheme with their friend or family member, the pair may be matched with another couple in the scheme so that each recipient receives a kidney from the other’s friend or family member. This kidney exchange programme increases the number of people who can receive transplants from living kidney donors and the opportunities for patients who wait a long time for a transplant.

The UKLSS is managed by NHS Blood and Transplant, which uses algorithms to find matches for the 300 recipients registered in the scheme at any one time. Four times a year, NHSBT carries out matching runs to find the best combinations of recipients and patients. The scheme is anonymous and confidential, and people do not know who their donor or recipient is.

Since the scheme was created, the UK’s kidney transplant waiting list has declined from 6,480 to 4,800 people today and this scheme has played a significant part in that success story.

The UKLKSS can match pairs in either two or three-way swaps or in ‘chains’ of up to 3 transplants, triggered by a non-directed altruistic kidney donor (NDAD). This is where someone volunteers to donate a kidney to someone they don’t know.

Lisa Burnapp, NHS Blood and Transplant Lead Nurse for Kidney Donation said: “Non-directed altruistic donors really are the game changers in the kidney sharing scheme. Particularly for the difficult to transplant patients, they make the world of difference.

“Living donation has been a major success story for the UK, with 1 in 3 patients receiving a kidney transplant from a living donor. The more non-directed altruistic donors we have starting a chain means up to three times as many patients could be offered the opportunity of a successful transplant2.

“The 1,000th transplant through the kidney sharing scheme is a major milestone which is testament to the commitment of everyone involved in making the scheme work.”

As of January 2018, all those who come forward to be a non-directed altruistic donor are registered in the UKLKSS, unless there is a high priority recipient on the waiting list. 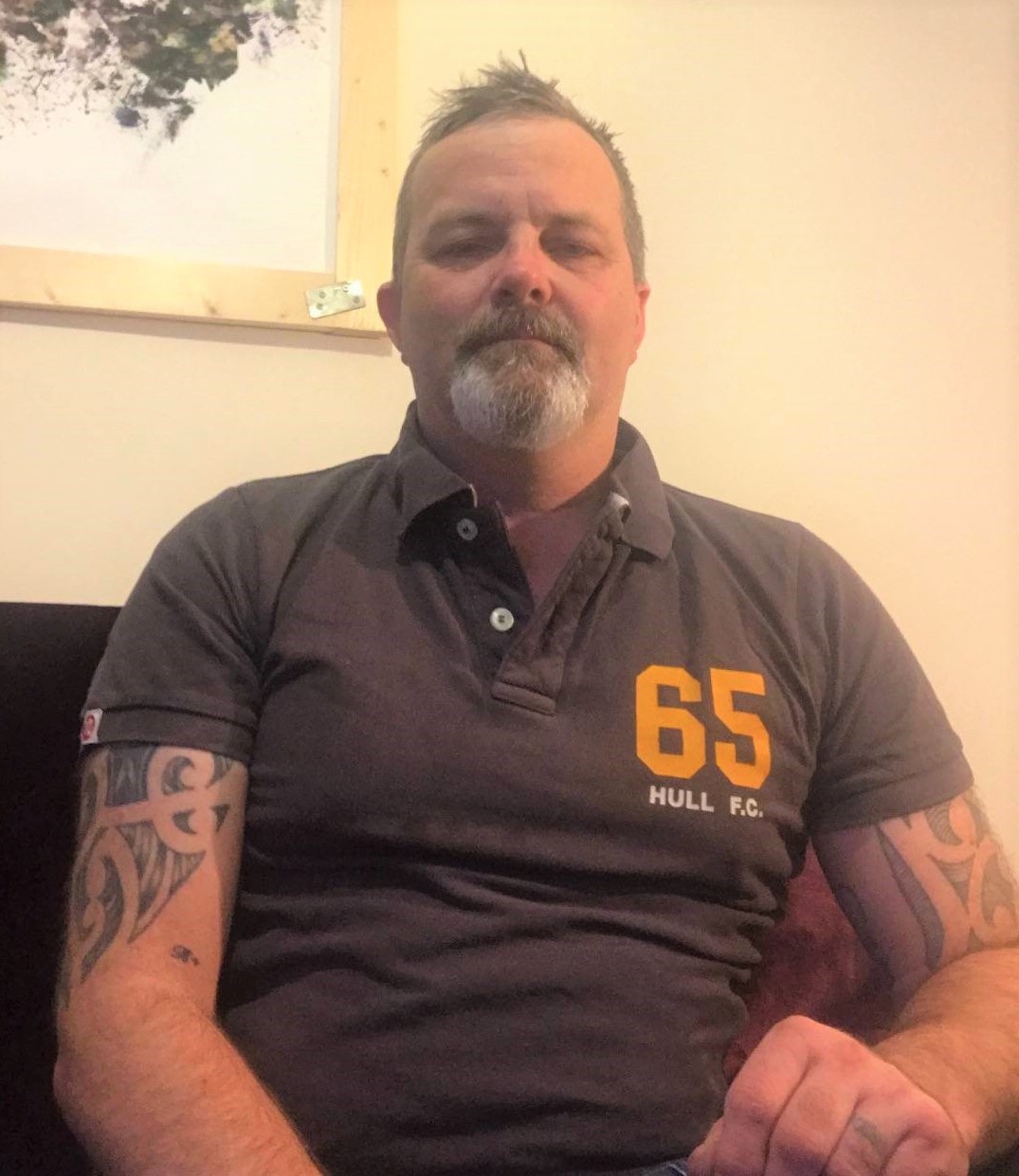 David Meekin, a 49-year-old engineer from Scunthorpe, is one of those game changers. He donated his kidney altruistically last year to kick off a chain of three transplants.

He said: “I found out about living donation while I was giving blood, which I have done for almost 20 years after my sister had cancer and needed transfusions. I wanted to do more to help people, so I got in touch with my local hospital and met with the living kidney donor coordinator.”

Once he had registered with a transplant centre, David underwent rigorous medical and mental assessments and was given advice and support to guide him through the process make sure that it was safe to donate and that it was the right decision for him.

He continued: “When it came to the date of my operation I was not nervous or worried, I was relaxed, I knew exactly what was going on and I was home the day after my surgery. I took things easy for a couple of weeks but was back at work eight weeks later.”

David doesn’t know who received his kidney, but he is glad he was able to change their life.

“It cost me nothing but a little discomfort, but it allowed someone else to carry on living. Living donation for me was a no brainer, someone out there needed something I had and didn’t need.”

For suitable patients, transplantation is normally a better treatment for end stage kidney disease compared to dialysis. A transplant from a living kidney donor is the best chance of a successful transplant.

In the UK living kidney transplants have been performed since 1960. There are currently around 6,000 people on the transplant waiting list, almost 5,000 of those are waiting for a kidney3.