NHS Blood and Transplant (NHSBT) will be launching its first campaign for plasma for medicines donors on 21 July 2021. 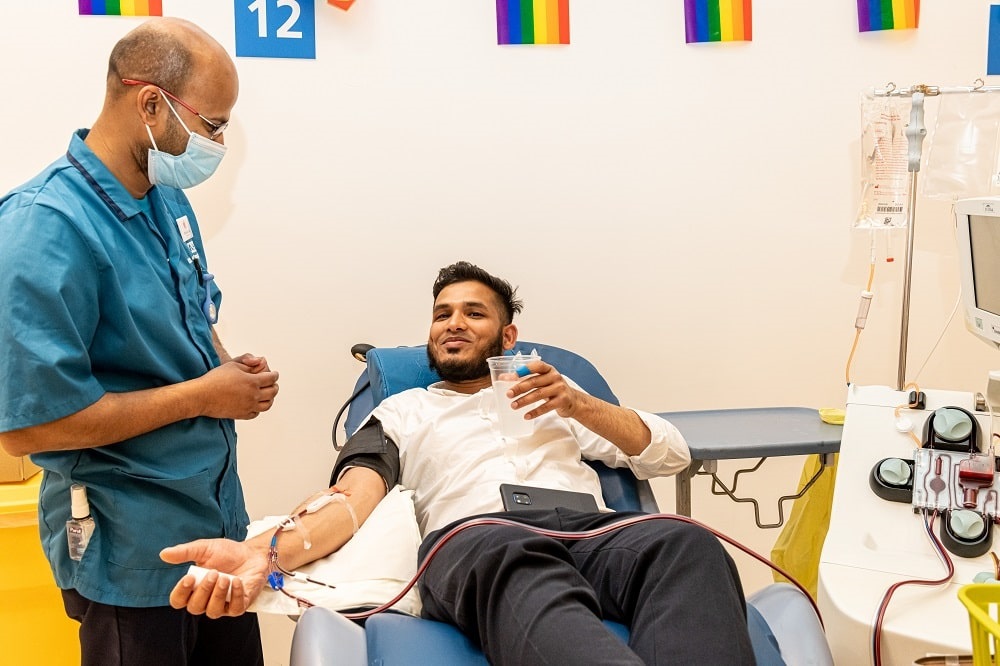 Plasma is used to make antibody medicines that save the lives of people with weak or faulty immune systems.

Donation only restarted in April after a gap of more than 20 years and more than 1,000 donations are needed a week.

The campaign will highlight the number of donors needed over the summer to meet targets.

Currently, the NHS relies on imported plasma medicines but there is increasing pressure on supplies.

Collecting plasma in England will bolster long-term supply of the medicines, known as immunoglobulins.

The Department of Health and Social Care announced plasma collection could restart in February.

Men are especially needed as donors because they are more likely to have the prominent veins required.

For more information, contact the NHSBT press office on pressoffice@nhsbt.nhs.uk