Stephen Franklin has now donated more units of antibodies against COVID-19 than anyone else in England. 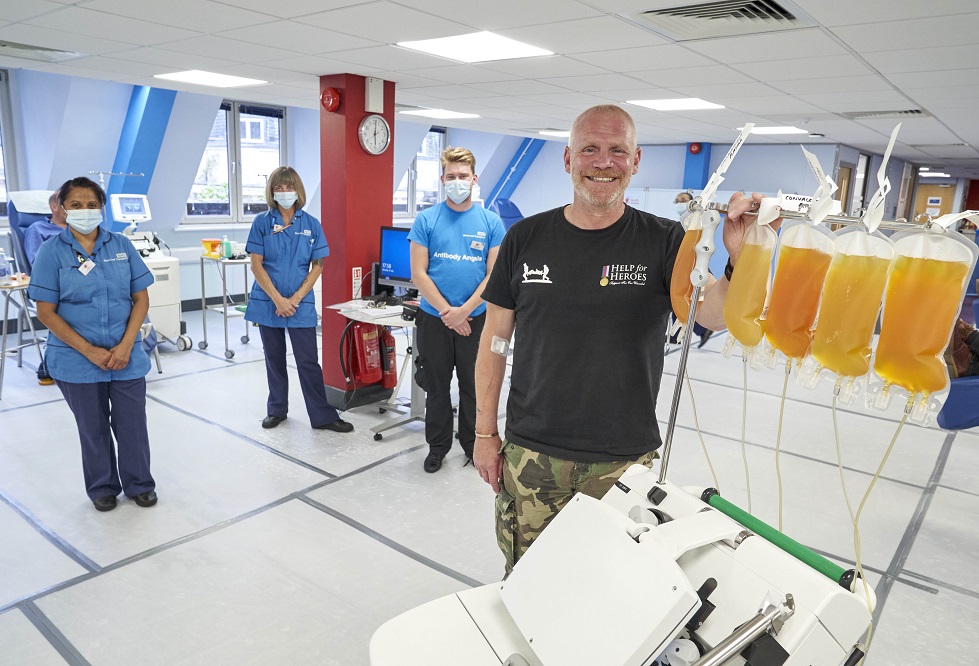 He is the first person who has recovered from coronavirus to donate convalescent plasma five times into the national treatment trial. No-one else in England has donated five times so far.

Blood plasma can be transfused into people who still have COVID-19, to potentially save lives. The antibodies in the plasma can stop the virus invading cells.

Stephen, 54, is a former army helicopter co-pilot and retired firefighter who now teaches in a special needs school. He was volunteering to look after key workers’ children when he got the virus in late March. He lost a relative to COVID-19, his mother’s cousin.

Stephen made his first donation in late April and his fifth donation on Monday (July 13) at Birmingham Donor Centre. Around 100,000 people have offered to donate and NHSBT has taken more than 9,000 donations.

Stephen Franklin, 54, from Hall Green in Birmingham, said: “My own illness came on in the blink of an eye. I felt really weird – light-headed and my lips started tingling – and I started to cough.

“I went home straight away and I was ill for 10 days. I had a cough and my temperature almost hit 40C. I had a weird thing where my skin became hypersensitive. It was like I was sun burned – I couldn’t put clothes on because it hurt. 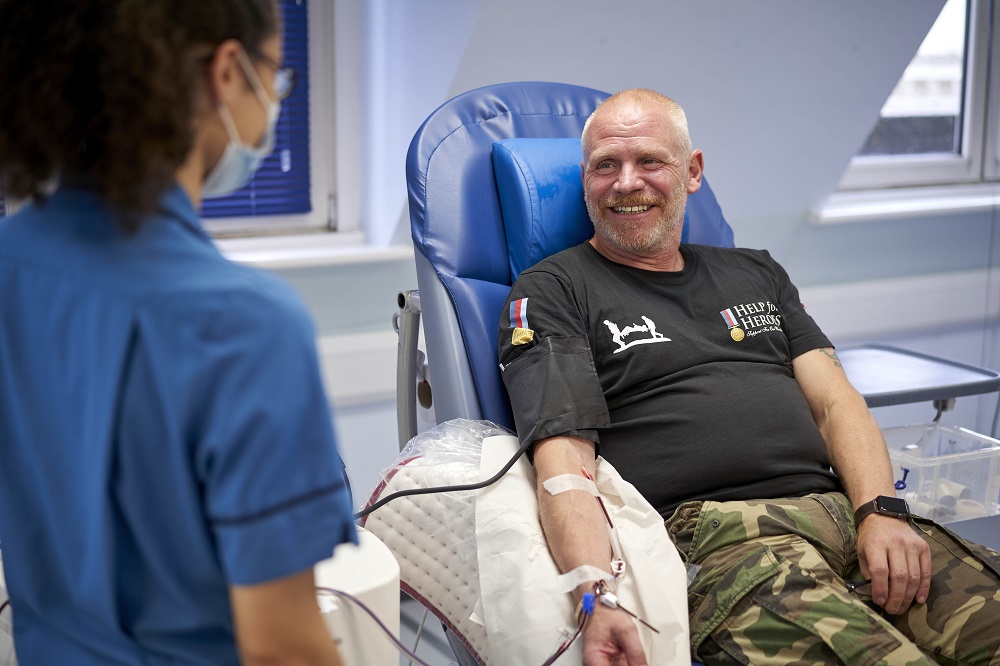 “In April I saw something online which said they needed people to donate convalescent plasma so I gave my details.

“I wanted to do something to help people and it’s nice just to be able to give something back. Donating is straightforward, no problem.

“I would hope that my donations will help make somebody better. It gives you a warm feeling to think you are helping someone.

“I am surprised to find out I am the first person to donate five times. It’s a nice feeling. I would say to anyone else, please do it – it’s a fantastic thing to do.”

Professor David Roberts, NHSBT Associate Director for Blood Donation, and of the plasma trial’s lead investigators, said: “Every offer to donate is incredibly valuable and we thank Steve for all he has done.

“We need to collect convalescent plasma now, to make sure plasma is readily available for the trial to treat people currently in hospital.

“Donations can also be frozen to ensure convalescent plasma is readily available, should there be a rise in infections in the coming weeks. We especially need male donors like Stephen as they generally have higher antibody levels.

“Please help the NHS fight COVID-19 by donating. You could save lives.”

Convalescent plasma is being collected at NHSBT’s 23 donor centres around the country, and several pop-up donor centres.

The donor plasma contains antibodies against the virus which can be transfused into people who are struggling to develop their own immune response.

NHSBT is prioritising people with positive tests and men as they are more likely to have high enough antibody levels for the donation to be eligible for use in the trial.

NHS Blood and Transplant’s Clinical Trials Unit is collaborating with the RECOVERY and REMAP-CAP platform trials. Approximately 150 people have received transfusions so far.

Anyone who has had coronavirus, either a test result or the symptoms, can offer to donate at a donor centre by calling 0300 123 23 23 or visiting the NHSBT website.

Information about the plasma trials for potential plasma donors.