A man from Worle has donated plasma for the nineteenth time to help with COVID research, and become the highest donor in the South West of England. 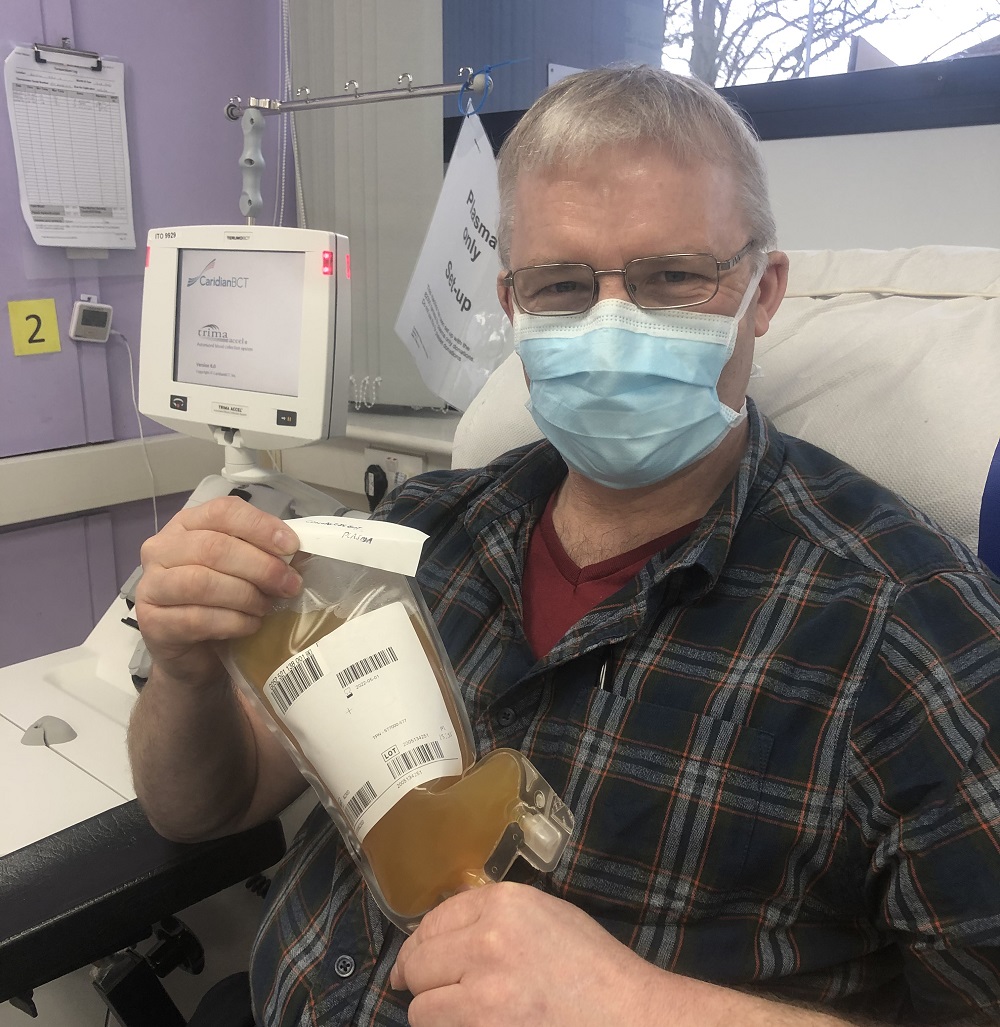 Chris Rubery, an operations manager at Bakers Dolphin Coach Holidays who is now driving ambulances to help the NHS, donates at the donor centre on Southmead Road in Bristol where more than 1000 donations have been taken so far. He will make his 20th donation on Wednesday 10 March.

He recovered from COVID and is one of thousands of people donating antibody rich plasma, which might save the lives of other people with the disease.

Chris said: “Anyone could become seriously ill with Covid. By spending an hour donating plasma, followed by tea and biscuits, knowing I could be making a difference to someone's outcome is a fabulous feeling.”

He added: “Donating plasma is easy and safe, there is no pain and so much to gain.”

“The staff at the donor centre are all fantastic, it’s normal to be a bit nervous the first time you go but they calmly explain how everything works and talk you through the process which makes it all so easy.”

More than 13,500 people living in and around the Bristol donor centre have already registered to donate convalescent plasma after having coronavirus, part of the over 36,000 people who have registered in the South West.

The antibody-rich plasma of people who’ve had the disease might save the lives of people who struggle to develop their own immune response to the virus.

NHSBT is collecting plasma for new trials for older people or those with cancer, to treat them early in the course of the infection. Antibodies can stop the virus spreading and causing organ damage.

Professor Dave Roberts, Associate Medical Director for Blood Donation at NHSBT, said: “More people than ever are now able to help – the time to donate is now.

“Men who had hospital care are around six times more likely to have the high antibody levels which might save lives.”

Donations are being taken at NHSBT’s 23 blood donor centres and a further 20 pop-up plasma donor centres. Donation takes about 45 minutes. Your body quickly replaces the donated plasma and donated antibodies. All donations are tested for COVID antibodies. Men, black and Asian people, and people aged over 35, are more likely to have the high antibody levels needed for donation.

Nationally, more than 375,000 people have offered to donate and more than 60,000 donations have been taken. People can register to donate online.