The number of people from Black, Asian and minority ethnic backgrounds who had their lives saved with an organ transplant last year is the highest on record.

The figures reveal promising increases in consent rates for Black, Asian and minority ethnic donors and an increase in those from BAME backgrounds being eligible to donate. (2)

There remains a stark imbalance between the numbers of Black, Asian and minority ethnic people donating and those patients in need of a lifesaving transplant. Last year, people from these communities represented 7% of all deceased donors compared with 32% of those on the transplant waiting list.

As of 29 February 2020, there were 1,909 people from BAME communities actively waiting for an organ transplant – the highest number for 5 years. (3)

Black, Asian and minority ethnic patients represent almost a third of those waiting for a lifesaving transplant.

In September 2019, there was a change in the way deceased donor kidneys were allocated to patients for transplant. The update to the deceased donor Kidney Offering Scheme made it fairer for those who find it hard to get a match, such as patients from a BAME background, or those who have been waiting for several years.

These patients are given a certain level of priority to help close the gap in the length of time people wait for a transplant. 40% of all deceased donor kidney transplants performed between September 2019 and February 2020 were in black, Asian and minority ethnic patients compared with 33% in the same period the previous year.

There is hope that the introduction of Max and Keira’s Law – the new law relating to organ and tissue donation in England – which came into effect on 20th May, will lead to an increase in the number of donors of all ethnicities, with the reassurance that families will continue to be consulted before organ donation goes ahead and a person’s religious and cultural beliefs will be discussed as part of the process.

Encouragingly, of the 112 people from Black, Asian and minority ethnic backgrounds who donated organs after death last year, 30 of those were Black – which is the highest ever number of donors of this ethnicity. (4)

Attitudinal research carried out by NHS Blood and Transplant in July 2020, revealed 64% of BAME respondents who wanted to donate, said they would be happy to donate all of their organs. This figure had risen from 51% from the same survey in November 2019. (5)

Over the last 5 years, there has also been an increase in the number of eligible BAME donors who died following circulatory death (DCD). And although consent rates amongst BAME populations are rising with more than 42% of people agreeing to donate their loved one’s organs when approached in hospital compared to 71% of white people. (6)

Not knowing if their relative wanted to be an organ donor is one of the most common reasons for refusal, leading to around 130 Black, Asian and minority ethnic families to say no to donation over the last five years.

“It’s really encouraging to see the number of people from ethnic minority groups receiving the lifesaving transplants they need. And the fact it’s at a five-year high is testament to the generosity of donors and their families who have said ‘yes’ to donation. However, there is still a long way to go to close the gap between the number of people donating organs and those waiting for a transplant.

“Last year also saw 142 people from ethnic minorities becoming living donors, donating a kidney or part of their liver to someone in need. Living donors from minority ethnic backgrounds have continued to be significantly higher than deceased donors and constituted 14% of all living donors; with 84 Asian donors, the same as last year. This reflects the work done within the Asian communities in promoting living donation.

“Often the best match for a transplant comes from people of the same ethnic background, so it’s vital that more work is done to get the message out to people in those communities who aren’t yet on board with the organ donation message.

“We are just emerging from COVID restrictions during which transplants, like many other surgical procedures, were severely curtailed so there is much work to be done.

“However during this time the change in organ donation legislation was implemented and we hope the change in the law around donation will result in more ethnic minority patients donating and I am committed to working with our Black, Asian and minority ethnic stakeholders, partners and community groups to get the message out there and narrow the gap between the number of donors and those on the waiting list.”

Another reason commonly given by Black, Asian and minority ethnic families for declining to donate a relative’s organs is the belief it is against their religion or culture.

However, all the major religions support organ donation and transplantation in principle, and a great deal of work is being done within faith and cultural communities and to break down the myths and perceived barriers to donation.

Kevin Ferdinand is a dad from Bradford who underwent a heart transplant when his own heart failed in 2018. 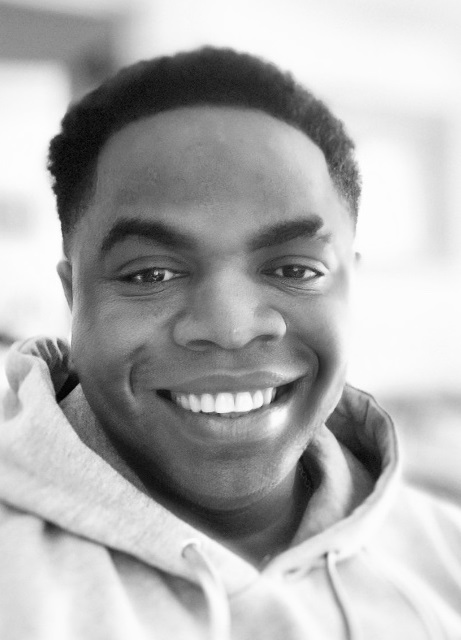 The 40-year-old father of one was living a normal healthy life and had just started a new job when he began to feel unwell. He thought it was the flu, but days turned to weeks and he wasn’t getting better. Kevin was ordered to go to hospital by his GP where he was diagnosed with pneumonia and eventually, major organ failure. His kidneys were beginning to shut down and his heart was damaged. He deteriorated quickly and was rushed to ICU where he was put on a drip and doctors rang his parents in Luton to say he may not make it through the night. Despite his health struggles, Kevin pulled through and was eventually listed for a transplant.

“It was overwhelming when I got the news that they’d found a match for me,” he said. “I was very emotional, and it was very frightening. You don’t know if you’re going to make it through or not.”

“My daughter, Lacie-Rose, was two at the time – I was really worried but tried to keep positive. Throughout my whole journey I wanted to stay alive for my loved ones.”

Kevin is well aware of the shortage of organs from people of Black heritage like himself. He is an organ donation ambassador for Bradford Royal Infirmary where he regularly shares his story with people to raise awareness of organ donation, particularly in BAME communities.

“Unfortunately, some BAME groups don’t believe in or think about donation so the pool of donors is pretty small,” he said.

There’s a real need for people to establish the facts about organ donation and educate themselves on what it means.

“Many people, particularly in the black community don’t think about issues like this unless it happens to them. It’s not their fault, it’s just the way it is.

“With regards to the wider issue of organ donation, no-one likes to talk about these things, particularly not many people from BAME backgrounds. But I think it’s very important that people have that conversation with their family about organ donation. Unfortunately, death is a part of life and we need to realise that people of all ethnicities need transplants. If you donate your organs you will be saving someone’s life.”

Get the facts behind common misconceptions around organ donation and funeral arrangements, faith and beliefs, the opt out system, family involvement and more

Get the facts now