Organisations representing a diverse range of faiths and communities in England and Wales joined a campaign to address the urgent need for black, Asian and minority ethnic organ donors. 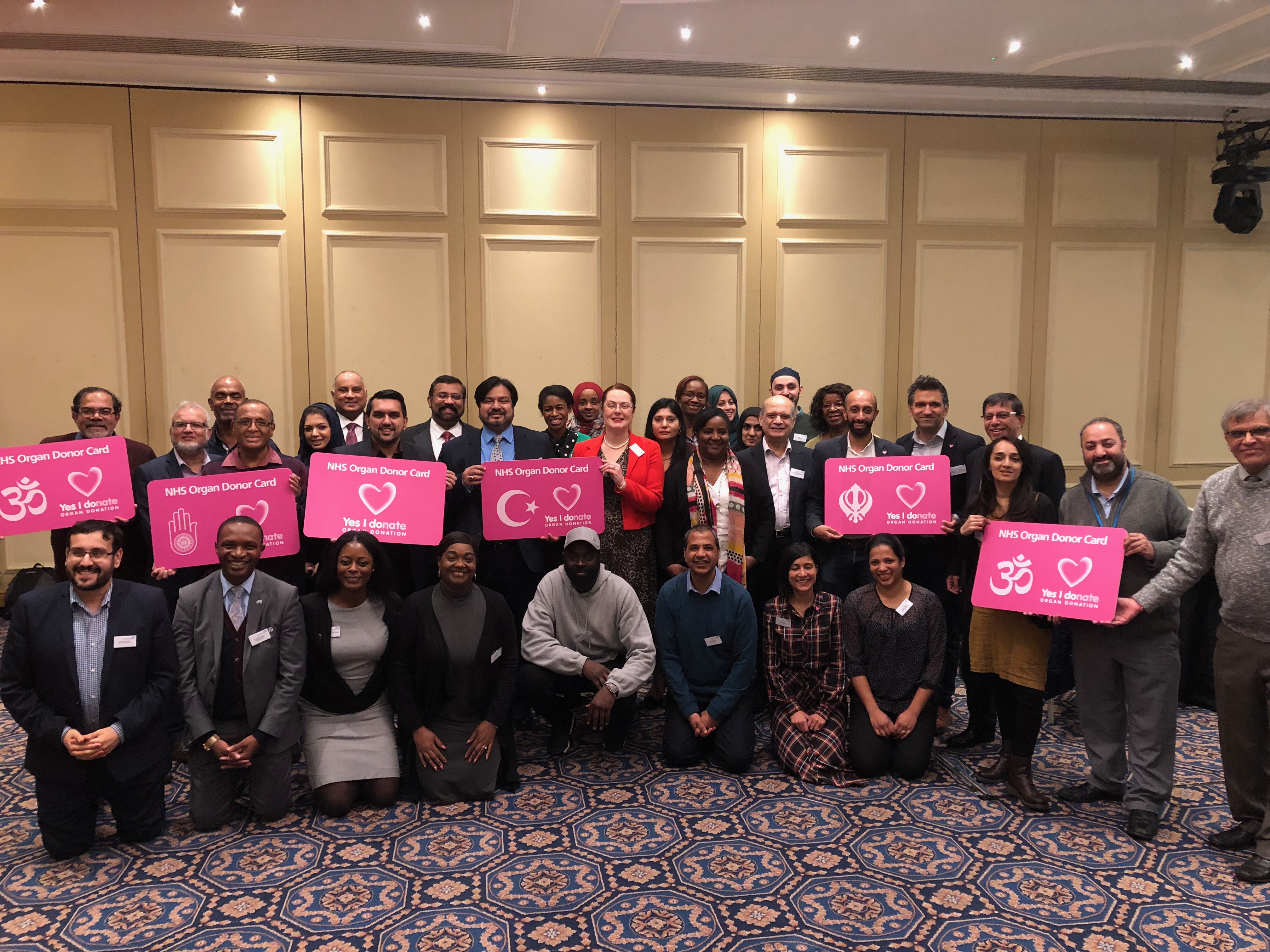 Over 200 events were carried out to raise awareness from 25 projects which all aimed to encourage people from these backgrounds to become lifesaving organ donors. This was as a result of securing funding after bidding for a share of a £140,000 (1) Community Investment Scheme funding pot.

The scheme is part of a Government campaign led by NHS Blood and Transplant, with support from the National BAME Transplant Alliance (NBTA), to break down myths and barriers and increase support for organ donation among black, Asian and minority ethnic communities.

Health Minister Lord Bethell said: “Organ transplants are one of the great success stories of modern medicine, saving millions of lives around the world. But what happens to your body when you die is very personal, and something that can be difficult to talk about.

“Building awareness is critical, and projects like this are doing excellent work with local communities and black and minority ethnic groups. This is especially vital as people from BAME backgrounds are more likely to need a transplant, but tragically less likely to receive one due to the shortage of BAME donors to provide the right match. To save more lives, we need to make sure these conversations happen.”

Organisations representing Jain, Sikh, Hindu, Muslim, Swahili, black and Asian Christians, black African and Caribbean and multi-faith groups were among the successful bidders from a field of 40 applications.

The organisations launched their projects in 2018/19 and reached people across London, the Midlands and the North West of England, as well as in Cardiff, Bristol, Leeds and Newcastle.

The evaluation of the 25 projects in England and Wales funded under the first round of the BAME Community Investment Scheme (1) has now been published and is available to download. 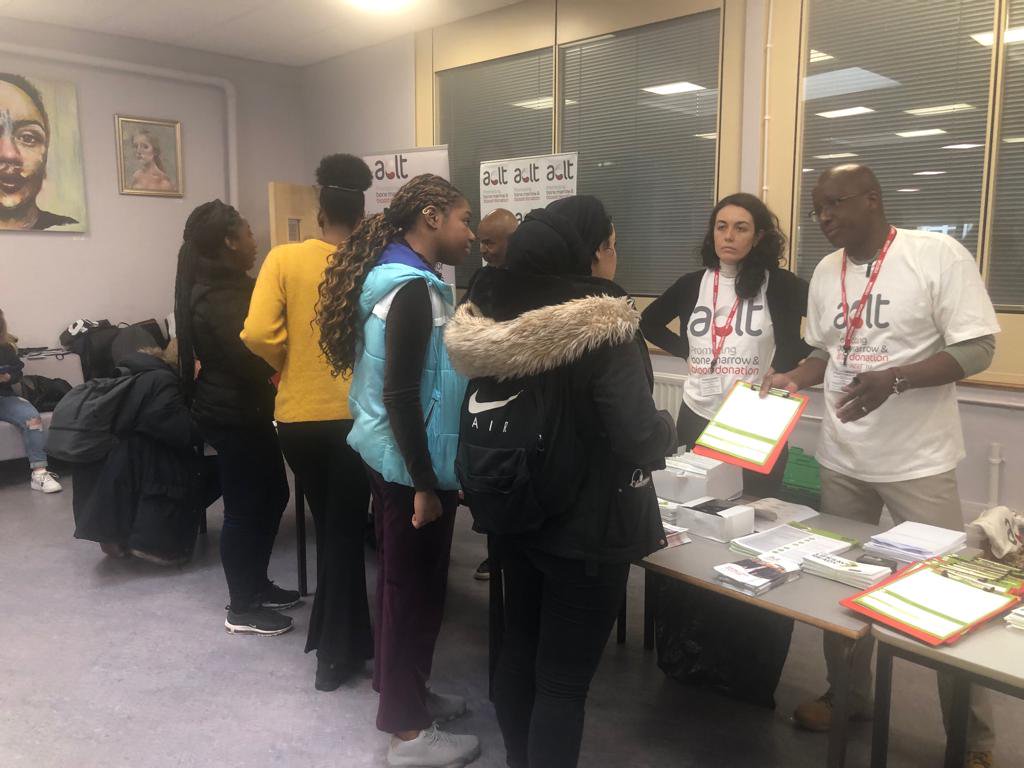 The African Caribbean Leukaemia Trust (ACLT) project aimed to challenge attitudes towards organ donation among London’s black community by hosting presentations at schools and community events, and through social media.

Orin Lewis of ACLT said: “The Community Investment Scheme has been a great opportunity to raise awareness of organ donation in the African and Caribbean community.

“For our community, the twin issues of mistrust of the medical establishments and misinterpretation of religious beliefs can be a real barrier to considering the subject of deceased organ donation. In order to start breaking down these barriers during the lifetime of the project we engaged the community by delivering numerous direct presentation talks and discussions.

“In total we engaged with over 15,000 people, at 15 events, workshops and forums and have encouraged nearly 300 people to become organ donors.

“The Community Investment Scheme has created the opportunity of supporting and enhancing the successful strategies that have emanated from this project to enable more future constructive discussion and debate leading to more sign ups to give the gift of life.”

The scheme was open to any faith or community-based organisation working within black, Asian and minority communities in England and Wales. Organisations were invited to bid for funding by outlining how they could build support for organ donation, and all applications were reviewed by an independent judging panel.

Millie Banerjee, Chairman of NHS Blood and Transplant, said: “Because the BAME Community Investment Scheme aims to drive a conversation about organ donation, its impact can’t be measured in numbers alone.

“However, it is clear these innovative projects reached and engaged many people across a broad spectrum of faiths and communities and played an important role in communicating the facts about organ donation.

“We hope that hearing a positive organ donation message from a trusted voice has helped encourage more people in black, Asian, mixed race and minority ethnic communities to decide they want to be a lifesaving donor, and share that decision with their families. I would like to thank each of the organisations for their dedication to saving lives.”

The second round of projects funded through the BAME Community Investment scheme is now underway. A further £190,000 was distributed amongst another 25 projects all of which have an important role to play in ensuring that people understand their choices now the law around organ donation has changed in England.

From 20 May 2020 all adults in England are now considered as having agreed to donate their own organs when they die, unless they record a decision not to donate (known as ‘opt out’), are in one of the excluded groups (2) or have nominated a representative to make the decision on their behalf.

Even though organ donation law in England has changed, people still have a choice whether they want to donate, families will still be approached before organ donation goes ahead, and a person’s faith, beliefs and culture will continue to be respected before, during and after the organ donation process.

You can register your organ donation decision today. Whatever your decision, be sure to let your family know.