NHS Blood and Transplant is asking young people in 2018 to make a regular Date2Donate to give blood.

NHS Blood and Transplant has teamed up with some familiar faces from the world of entertainment, to create a series of videos sharing their experiences of giving blood and to encourage friends, family and loved ones to come together on a regular basis and make a difference through giving blood.

The video series captures the energy of the people that donate and offers glimpses into the donation process - an altruistic yet often daunting and misunderstood act.

Kicking off, on Monday 15 January is the first of a series of Date2Donate video clips that will roll out through out 2018. You can see BBC Radio 1Xtra and CBBC’s ‘Saturday Mash-Up’ presenter - Yasmin Evans, one half of pop duo Rizzle Kicks - Jordan Stevens and Remel London, Capital Xtra presenter and MOBO Awards Red Carpet host, making a Date2Donate.

Watch the clip here where they share their reasons for donating blood, ad lib a track to encourage blood donation - a possible contender to take on Big Shaq’s ‘Man’s Not Hot’ - and give their ones to watch tips for up and coming musicians in 2018. 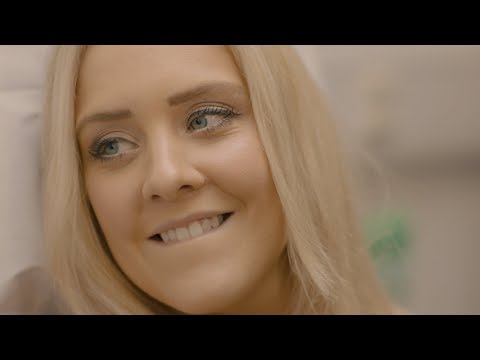 To watch all the videos as they go live click here:

IT ONLY TAKES 1 HOUR TO SAVE 3 LIVES

“We are asking young people to make blood donation part of their regular routine, something that they have reoccurring in their diaries. Save a life by going about yours. Make a regular Date2Donate in 2018.

“Less than a quarter (23.7%) of those who gave blood last year were younger than 30 years old, so we particularly hope these videos appeal to this age group.  Giving blood only takes about an hour but can save three lives.”

Sickle cell disease is a serious condition which affects the blood and various organs within the body, causing extreme pain, life threatening infections and other complications such as stroke or loss of vision. Blood transfusions can help prevent or relieve these symptoms.

Presenter of BBC Radio 1Xtra’s Weekdays 1-4pm show. Stockport born Yasmin began her radio career at the age of just 15. She studied Radio BA (Hons) at the University of Salford where she was approached by the BBC to take part in their piloting scheme, which led her to be offered the 1XTRA Weekend Breakfast show in September ‘12. After being on air for just 9 months, she landed the 1Xtra Weekday Breakfast Show which she co-hosted with Twin B from July ‘13 for three years. In July 2016, Yasmin was given her own 1-4pm solo show on 1Xtra weekdays. In the same year, she was nominated for Radio Personality at the Glamour Woman Of The Year Awards amongst other credible female radio broadcasters. During her time at the BBC Yasmin has hosted a range of BBC events including 1Xtra’s Live’s coverage on the BBC Red Button and online content as well as presenting Radio 1’s Big Weekend Backstage. She is the voice of CBBC’s ‘Ice Stars’ a documentary series currently on its third run. She also hosts VEVO UK online programming and is the face of their Music Videos In Real Life, VVV & Ones To Watch. In Summer 2017, Yasmin was announced as one of the co-hosts of ‘Saturday Mash Up’, CBBC’s new Saturday morning format.

In 2015, Yasmin teamed up with Comic Relief travelling to Uganda with Operation Health to bring aid and awareness by building a Health Center alongside Greg James and Lenny Henry and raising 1 Million for Comic Relief. As an advocate in improving the lives and education of young people, Yasmin has played an influential role in the BBC’s Apprenticeship scheme & The BBC Outreach team since 2012; talking nationwide to young individuals about her career journey. She also hosted WE DAY UK at Wembley Arena since 2015, a live event showcasing the importance of young individuals around the World sponsored by Richard Branson and Virgin Atlantic. Yasmin supports a number of other charities including The Duke of Edinburgh Award, Samaritans, NSPCC and Sports Relief.

Jordan Stephens is a writer and performer best known for being one half of pop duo Rizzle Kicks. After achieving fame with Rizzle Kicks at only 19, Jordan has since gone on to create a quite contrasting sound as a third of the band, Wildhood and now goes under the alias ‘Al, the Native’. Having been publicly open with his own struggles surrounding mental health, Jordan has also been very active in creating awareness around the stigma attached to it and helping young people to open up about how they feel. His mental health campaign #IAMWHOLE reached over 120 million people online and made enough of an impact to be mentioned in the Houses of Parliament. More recently, Jordan wrote an article in The Guardian about the negative effects that Toxic Masculinity has on men’s wellbeing and has since been invited on television and at festivals to further discuss the matter.

TV and radio personality Remel London is making waves in the industry after landing her new weekend show on CAPITAL XTRA. Since graduating in Broadcast Journalism in 2010, Remel has already worked as a lead presenter on SKY 1’s What’s Up TV, Link Up TV, ILUVLIVE, Channel AKA and a host of mainstream TV networks. With regular slots on BBC Radio 1Xtra – showcasing her knowledge and passion for the urban music scene – Remel was soon added as a member of the MOBO Awards panel in 2013, later becoming the official Red Carpet Host for the brand.

Register to be a blood donor

We need all communities to come forward