Curtis donated on ITV’s Lorraine to raise awareness of the need for young people to register and donate.

Curtis Pritchard has given blood on ITV’s Lorraine to raise awareness of the important need for young people to register and donate.

Curtis is one of several ITV2 faces who are taking the fear out of blood donation this Halloween, as part of our Blood Squad campaign with ITV2. 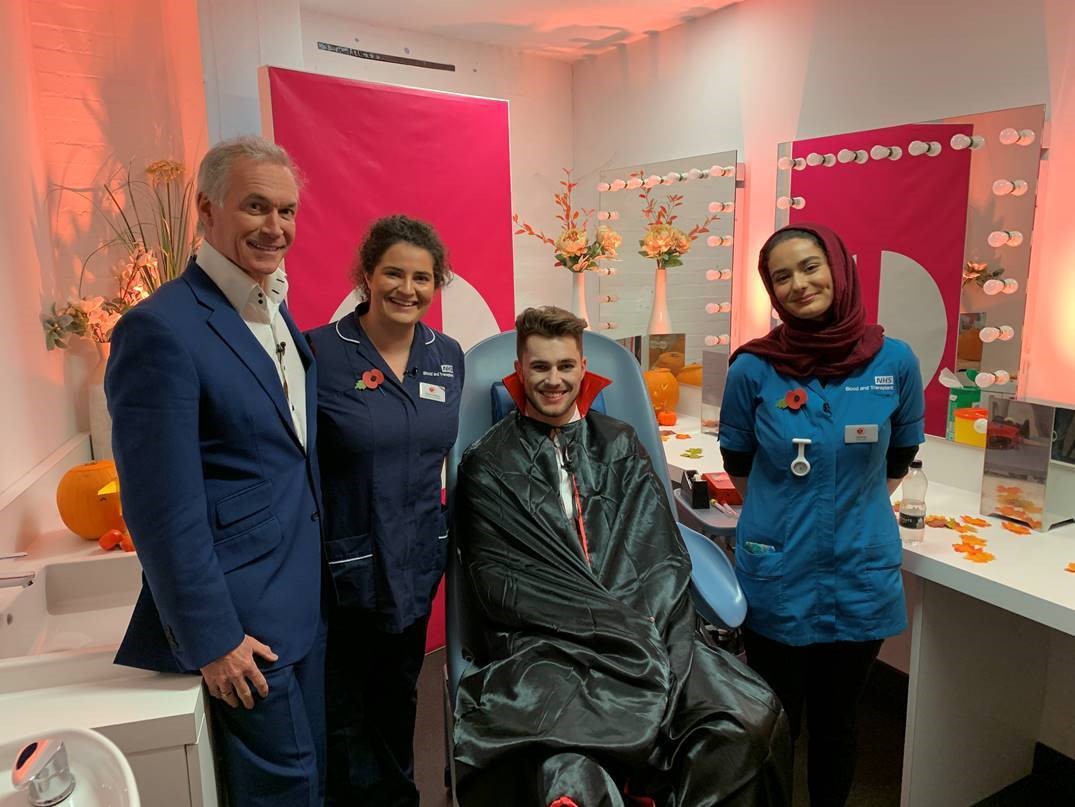 The ITV2 Blood Squad has returned for a second year to debunk common misconceptions around blood donation, to help young people overcome the barriers holding them back from donating.

Ahead of giving blood, Curtis spoke candidly with Lorraine about the need for more young people – and men in particular – to donate.

It comes as recent data by NHS Blood and Transplant shows young women are almost twice as likely to donate blood than young men.

Young men make valuable donors because they’re more likely to have lots of iron, and their blood can also more easily be used to treat people in emergencies.

Young people make up almost a third of all blood donors and those who registered during last year’s campaign have already saved or improved the lives of up to 30,000 people. It’s important this continues.

If you live near one of our 23 donor centres please start saving lives this Halloween and register to donate.

Who's in the ITV2 Blood Squad?

The ITV2 Blood Squad is back this Halloween

More about the squad