The comedian Jason Manford made his first lifesaving donation of plasma for medicines at the Bolton donor centre yesterday (Monday 14 June), inspired by his mum Sharon who is a new recruit at the site. 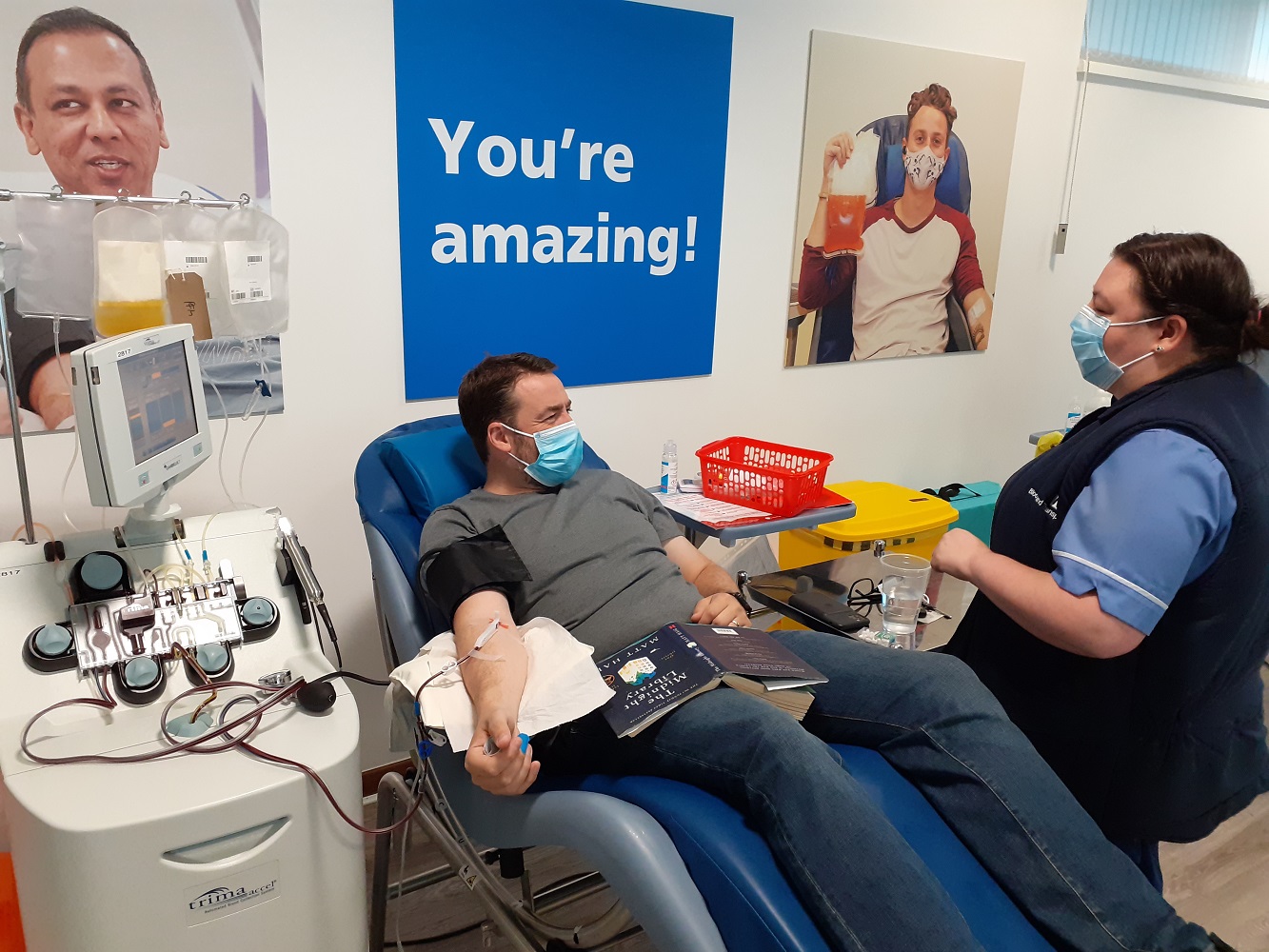 Plasma saves the lives of people with immune diseases, and more than 1,000 donations are needed a week. NHS Blood and Transplant has a new network of plasma donor centres.

Jason made the donation on World Blood Donor Day (14 June) and said: “It was great, everyone here is friendly – nothing you wouldn’t expect in Bolton.

“Donation was a quick, painless procedure that saves and improves lives. I didn’t know anything about plasma donation until my mum started working here. There’s not enough people in here donating, we need to step up the number of donors.”

Mum Sharon, a session sister, who came back into frontline nursing during the pandemic, said: “It’s a great job and the centre is brilliant. Not a lot of people know about donating plasma because it’s only just started again since the 1990s but plasma saves lives.

“I am proud of Jason - he does lots of charity work and work for the NHS so he’s happy to help. We need as much awareness as possible.”

The antibodies in plasma donations will be used to make medicines to save the lives of people with weak or malfunctioning immune systems. More than 17,000 people a year rely on plasma medicines – known as intravenous immunoglobulins – to save or improve their lives. 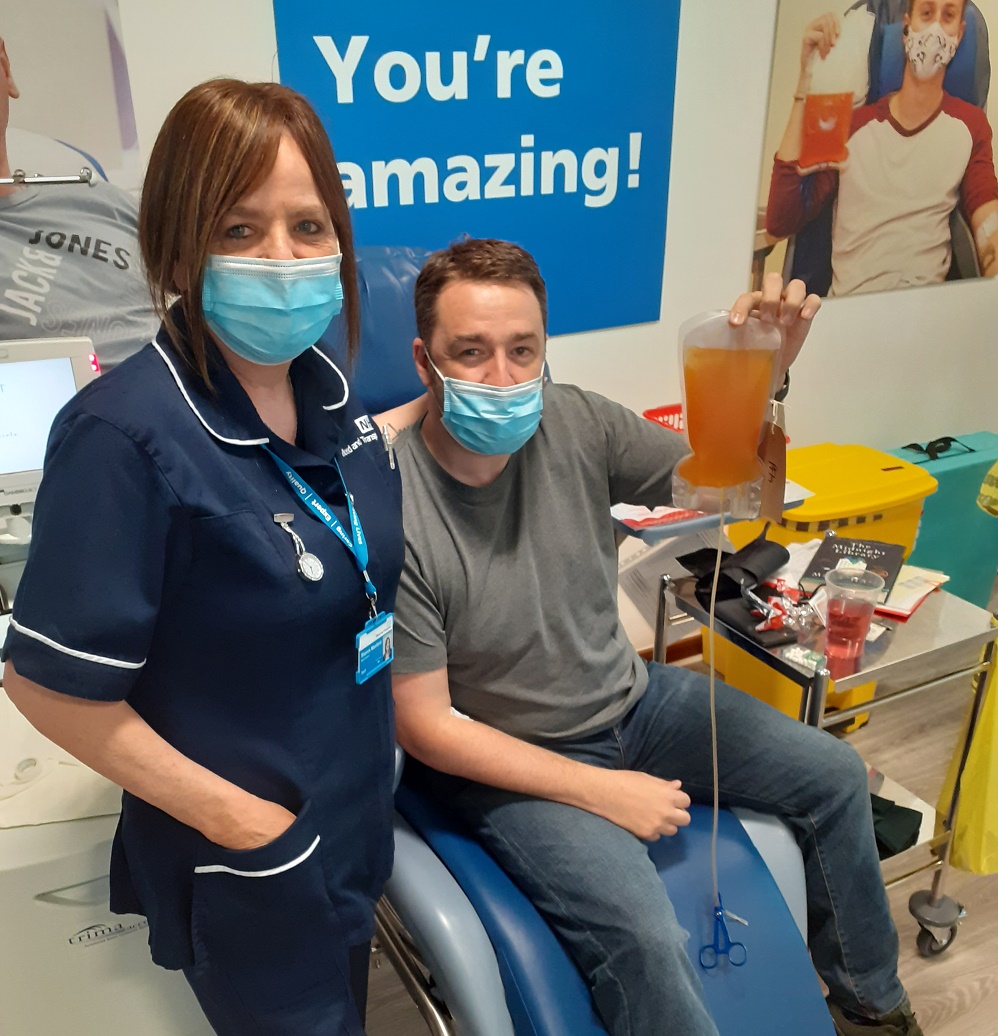 The donation process is safe and easy. It’s similar to donating blood. There is a particular need for men to make appointments as they’re better able to donate. They’re more likely to meet the criteria for vein eligibility and blood volumes.

Gail Miflin, Chief Medical Officer and Director of Clinical Services, NHSBT said, “We were delighted to welcome Jason into our Bolton donor centre today and thank him for his plasma donation which we know will help save and transform lives. The staff loved having him here!

“The antibodies in your plasma stop germs and viruses. By donating, you could save the life of a child or an adult who can’t fight these infections.

There is a growing need for plasma for medicines and an international shortage of plasma medicines. Donation will reduce our current reliance on imported plasma. Plasma donation for medicines restarted in April after a Government decision in February.

These medicines are used to treat illnesses including:

Find out more about plasma donation and who you could help