Researchers at the University of Bristol and Imperial College London have established a new model system that uses red blood cells grown in the laboratory to study how malaria parasites invade red blood cells.

The work, which was funded by the National Institute for Health Research and NHS Blood and Transplant and is published in Nature Communications, provides a powerful new research tool for the identification of key host proteins and their domains that are involved in parasite infection.  It will facilitate attempts to understand and disrupt the mechanism of red blood cell invasion by malaria parasites.

The scientists used a cell line recently developed in Bristol which can produce unlimited numbers of immature ‘progenitor cells’ that can be pushed to produce new red blood cells (reticulocytes) in the laboratory. Using these cells, they were able to show that red blood cells generated using this technique can support both invasion by and intracellular development of Plasmodium falciparum, the malaria parasite that is responsible for around 200 million new infections and half a million deaths per year worldwide.

By using CRISPR-Cas9 to edit the genome of the immature cells, the team were also able to remove a protein called basigin that is important for invasion and normally present on the surface of red blood cells and show that the reticulocytes generated from this edited line were completely resistant to invasion. Reintroducing the basigin gene into the edited cells restored invasion to normal levels. This important work shows that these cells can be used to remove and replace different red blood cell proteins and assess how their absence or alteration affects the ability of the parasite to successfully invade.

Dr Tim Satchwell, lead author of the study at the University of Bristol said: “The ability to alter protein expression in the red blood cell and study the effect that these changes have on parasite invasion or development is hugely exciting. This system has opened up many new potential avenues of research that should allow us to better understand the mechanism by which the malaria parasite is able to successfully invade the red blood cell, and the specific roles that host cell proteins play in this process.”

Dr Ashley Toye – one of the senior authors on the study and Director of the NIHR Blood and Transplant Research Unit said: “This work has shown that it is now possible to manipulate the red blood cell surface to better understand the process of malaria invasion. It also shows that our reticulocytes produced from the cell line are recognised by the parasite just the same as reticulocytes produced in the body. This is important as it provides further evidence that the cells are manufactured correctly in the laboratory”. 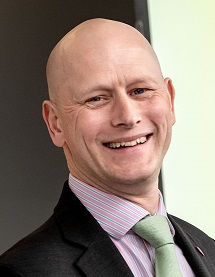 Dr Nick Watkins, Assistant Director - Research and Development at NHS Blood and Transplant, said: “This demonstration of reticulocytes derived from cell lines supporting malaria invasion will provide an important new tool to better understand how the malaria parasite invades red blood cells. Ultimately, we hope that this work will lead to the development of new therapeutic strategies for malaria.”