New data shows people who were hospitalised by COVID-19 produce the most antibodies, making them priority plasma donors.

Analysis of donations shows 76% of positive tested people who were hospitalised had high enough antibody levels for their donation to be used in the national trial.

In comparison, 30% of positive tested people who did not need hospital treatment had high enough antibody levels. (1) 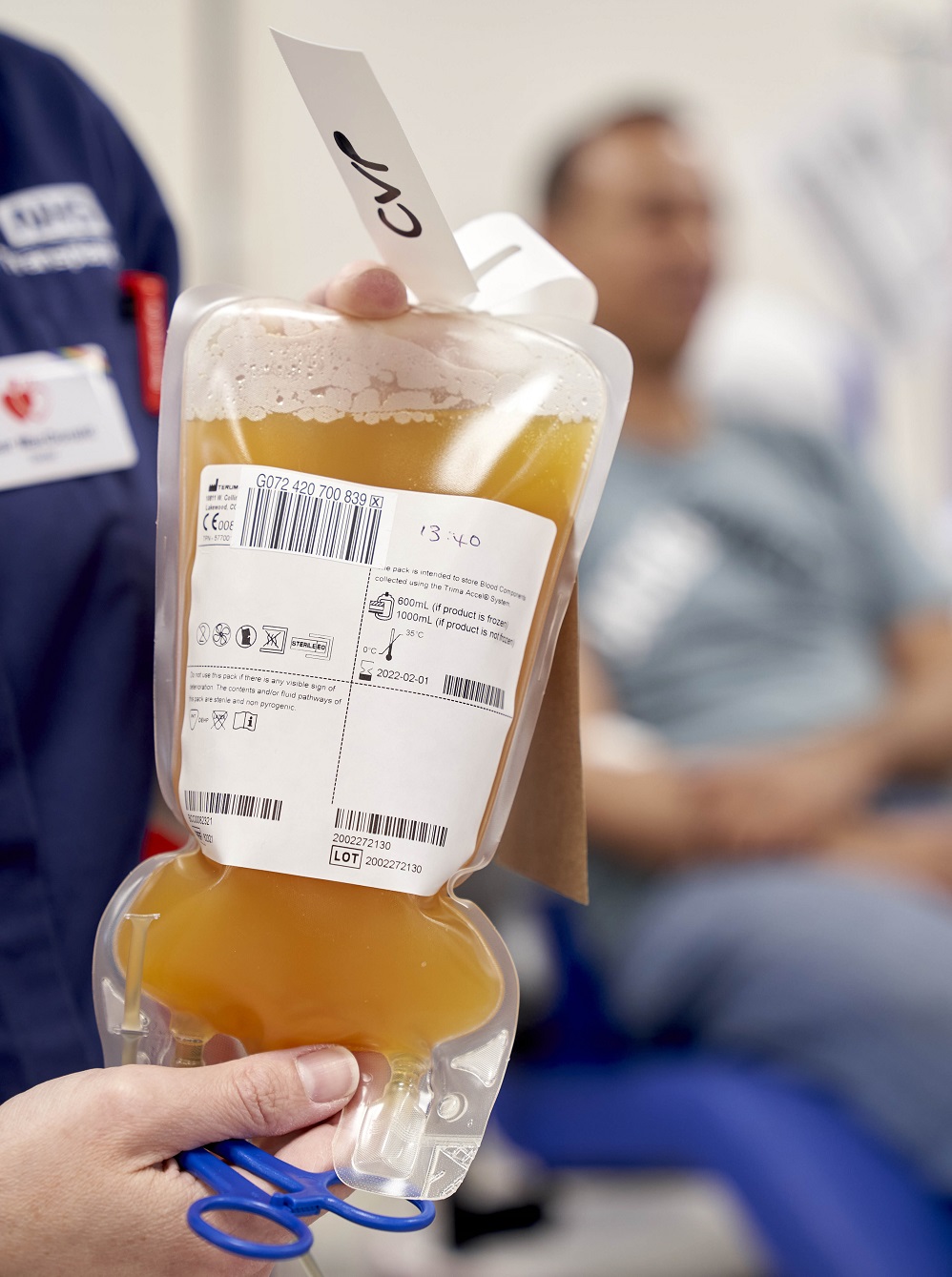 NHS Blood and Transplant is currently urgently appealing for donors, especially men, ahead of any second wave.

All offers to donate are welcome, including from men who had the symptoms but no test.

However the new data highlights the importance of donations from people who needed hospital care.

Plasma from people who have recovered from COVID-19 can be transfused into people who are still unwell and struggling to develop their own immune response. The plasma contains neutralising antibodies which could stop the virus spreading.

NHS Blood and Transplant’s Clinical Trials Unit is collaborating with the RECOVERY and REMAP-CAP platform trials on two randomised control trials. Plasma and is being collected for the trials and potential widespread use in hospitals, if the trials show patient benefit.

More than 13,000 donations have been taken, including more than 800 donations from people who were hospitalised. There are 4,000 units of high antibody plasma units in stock and 1,500 have been issued to hospitals already. Around 190 people have received transfusions.

Dr Lise Estcourt, head of NHSBT’s Clinical Trials Unit, said: “These figures demonstrate how important it is for people who were hospitalised with coronavirus to donate – they are most likely to be able to save the lives of others seriously ill people.

“These donors have higher antibody levels because while initially your immune system will try and fight off a virus with white blood cells, if you become more ill, your immune system needs to produce more antibodies that neutralise or kill the virus.”

Dan Lobb is a high antibody donor who needed hospital treatment for coronavirus.

He strongly supports donation because during his six days in hospital, he became acutely aware of the lack of treatment options available to fight the disease. 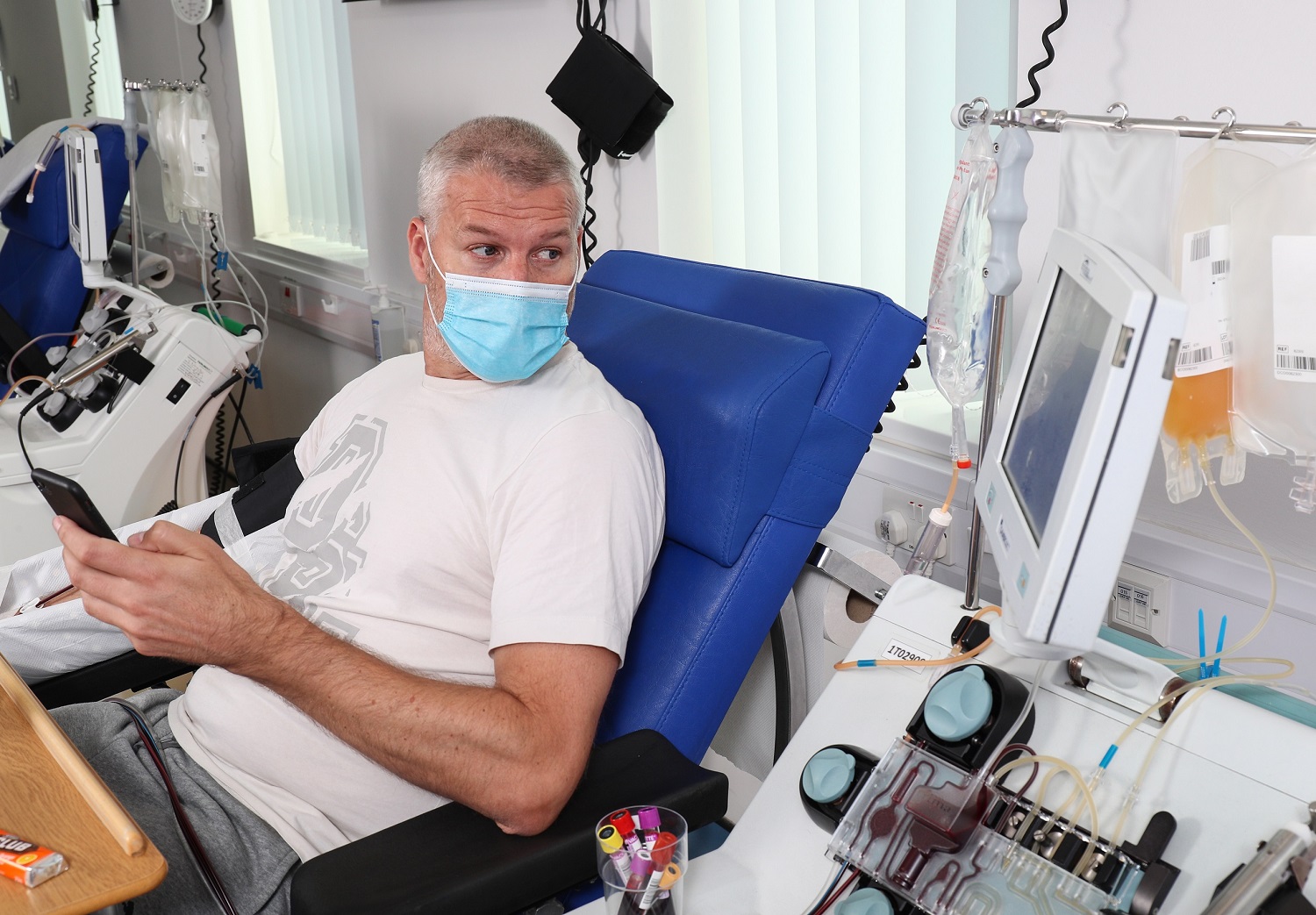 The former tennis player and TV presenter, whose credits include Daybreak, Sky News and Strictly Come Dancing, said: "It's so new that they don't yet know what truly works. That's not a slight on the NHS - the hard fact of this particular disease is there's so little treatment available for them to turn to.

“Donating plasma could be giving them a much needed weapon that could help save lives."

Dan, 48, was hospitalised in April after his body began 'shutting down' and his oxygen levels dropped.

"I couldn't stand up due to nausea and dizziness. It got to the point when I couldn't even sit up in bed. My body was so lacking in energy I even had difficulty breathing when moving.

"Once admitted to hospital in Winchester, I was immediately put on oxygen. I ended up being one of the luckier ones who didn’t deteriorate and avoided treatment in ICU. The staff did a fantastic job in difficult circumstances but it was clear there was relatively little they could offer to treat patients with COVID. That situation can be as scary for the carers as it is for the patients."

Since recovering, Dan has donated plasma at Southampton Donor Centre.

"Getting the phone call to donate plasma, honestly, it was uplifting," he said.

"You have the opportunity to directly help someone else, and it’s a very simple procedure. The specialist staff are highly skilled and very professional. Everything was made easy, even enjoyable.”

COVID-19 convalescent plasma is being collected at NHSBT’s 23 donor centres around the country, and several pop-up donor centres. London, Greater Manchester and Birmingham are priority areas for donation.

If you’ve had coronavirus, please offer to donate by calling or 0300 123 23 23 or visiting our dedicated website.