35 community projects in England have received a share of £600,000 funding as part of the Government’s commitment to tackle health inequalities in Black and Asian communities.

The announcement of the funding aptly comes on World Kidney Day (March 11) and aims to address the shortage of organs, particularly kidneys, for those waiting for a transplant from all Black, Asian, mixed heritage and minority ethnic backgrounds. Whilst also highlighting the need for more blood donors from a black background, whose blood is used to treat patients with conditions like sickle cell.

The Community Investment Scheme, which is led by NHS Blood and Transplant, will fund local organisations to drive awareness, understanding and behaviour change.

Having previously only focussed on promoting organ donation, the scheme has now been opened to include projects which also highlight the importance of blood donation.

For many patients in need of a transplant the best match will come from a donor from the same ethnic background.

In the UK there are currently estimated to be at least 2,569 people on the waiting list for a kidney transplant and 580 of those are from Black, Asian or minority ethnic backgrounds.

Black, Asian and minority ethnic patients often have to wait significantly longer for a successful match than white patients, due to a shortage of suitably matched donors.

Saj Khan has been waiting 14 years for a kidney transplant after his first one failed.

Saj was at University in Manchester when he suddenly became ill aged 19. He returned home to Birmingham see his GP and was immediately referred to hospital, where he was diagnosed with renal failure due to the fact he had been born with kidneys which were too small. 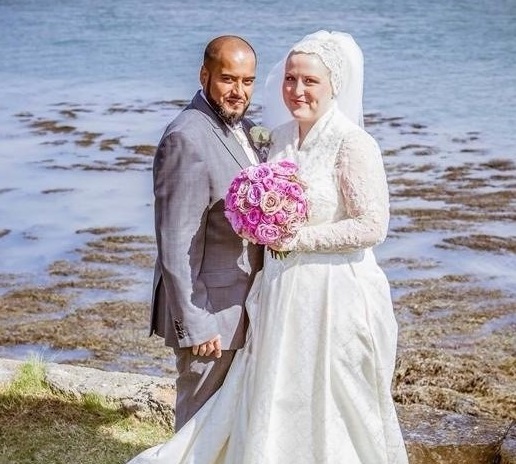 In 2002 he received a kidney from his dad which enabled Saj to complete his degree, returning to university in Birmingham. Sadly though, just one week after graduating in 2006, his new kidney failed, putting him back on the waiting list and a life of dialysis.

Saj said: “It was a worrying time as I was so focussed on my studies. When I became ill then finally receiving a kidney from my dad was like a lifeline for me. Unfortunately, it wasn’t to be long term and I am back on dialysis, but I am always hopeful I will get the transplant I need.”

“I know my best chance for a transplant is probably from a living donor as I have such high antibodies from my first transplant, so it is difficult for me to find a match. And being from a South Asian background, I know I will wait longer and it’s harder to get a match because so few Asians donate organs compared to white people.

“Organ donation is very much a personal choice, and everyone needs to choose what is right for them. I know that for many people in the Asian community organ donation is seen as impermissible in their faith, but as a Muslim I believe it is very much in line with my faith and beliefs – the ability for people to save lives.” 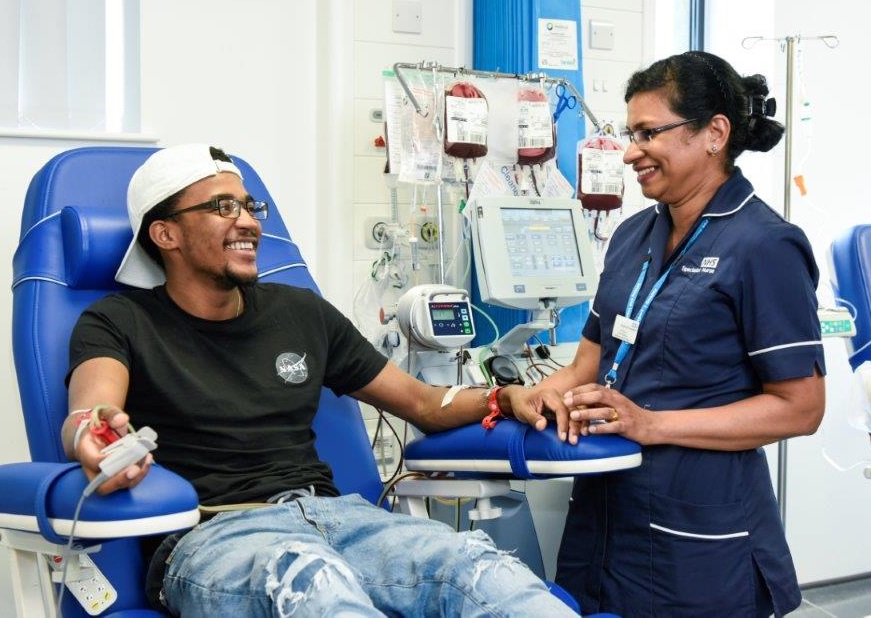 Sickle cell is currently the fastest growing genetic disorder in both the UK and the wider world. People from Black African or Black Caribbean backgrounds are most likely to have this condition which can often require frequent, life-saving blood transfusions.

For those reliant on regular transfusions, it is essential that they receive blood matched as closely as possible to their own. A match is most likely to come from a donor of the same ethnicity, yet currently only 1.5% of donors in England are Black.

This January has seen a record number of blood donor registrations from the Black community but twice as many are still needed to meet the growing clinical need.

There is also an increased demand for some rare blood subtypes, such as Ro, that are more common in Black people.

More blood donors from a Black background are needed as these subtypes are important when someone has regular transfusions as they need blood that matches their own as closely as possible to reduce the risk of potentially life-threatening transfusion reactions.

One of the 35 projects taking part in the Community Investment Scheme this year is Bristol African Caribbean Expo (BACE) & Bristol Community FM Radio (BCFM) whose aim is to create a podcast series that will be shared across multiple platforms. The series will address the lack of awareness of both blood and organ donation in Black African and Caribbean communities.

Primrose Granville from BACE said: “We are delighted to be recipients of NHS Blood & Transplant, Community Investment Scheme funding.

We are an organisation which is deeply embedded in the local area and has strong grassroot links to the community which we hope to engage throughout the project. All of the work we do is focussed on the local communities and we want to prove that these communities are not hard to reach.”

“Together we will be creating ten podcasts over twelve months to highlight the health inequalities relating to both blood and organ donation and how this specifically impacts our communities.

“One of the topics we are keen to explore further is highlighting how the shortage of both blood and organs within the Black African and Caribbean communities can lead to further medical conditions.

“We also want to discuss the mental impact of waiting for an organ and delving deeper in the lives of people whose families are affected by sickle cell and rely heavily on blood transfusions from anonymous donors.”

Another project who has received funding as part of the Community Investment Scheme is Black Blood Matters. The organisation is joining forces with RevolYOUtion London CIC to deliver five novel campaigns with the aim of promoting a positive attitude towards blood donation amongst 18 to 29 year olds from a Black African and Caribbean heritage living in London.

Georgelene Elliott, Founder and CEO of Black Blood Matters, said: “Black Blood Matters exists to engage, empower and educate about the importance of blood donation in the Black African and Caribbean community.

“To us, a representative society is a thriving society; and the health of our community plays an imperative part in enabling that.

“The only way to ensure that everyone reaches their full potential is to first ensure that everyone is in good health to do so. This means having enough blood donors to make sure those living with sickle cell and other blood disorders in our community have access to the right treatment.

“Black Blood Matters will use this funding to deliver campaigns that address barriers to donation in our community, foster conversation and encourage more people to step up and donate.

“We want to be a catalyst for lasting change and are grateful for this scheme, and the support of RevolYOUtion London, for providing the opportunity to do just that!”

Since its launch in 2018, the Community Investment Scheme has supported 43 organisations to deliver 50 community-led projects. With around 4,000 people engaging in conversation or taking away a leaflet or information on the importance of organ donation and 8,000 attending a talk or workshop.

There is hope that the introduction of Max and Keira’s Law – the new law relating to organ and tissue donation in England – which came into effect on 20th May 2020, will lead to an increase in the number of donors of all ethnicities. However, families will still be consulted before donation goes ahead so it remains essential to raise awareness, challenge misinformation and encourage those supportive of organ donation to talk with their families.

Altaf Kazi, Head of Faith and Belief Engagement at NHS Blood and Transplant, said: “Through the Community Investment Scheme we have seen first-hand the abilities of trusted individuals and community groups to prompt conversation, tackle misinformation, educate and offer reassurance around organ donation and now blood donation.

“Often a person’s best donor match will share their ethnicity, but too many donation opportunities are missed because families haven’t discussed organ donation, and Black and Asian people are seriously underrepresented when it comes to donating blood.

“We are asking more people from Black and Asian communities to find out about both blood and organ donation and help us to address the inequalities that many members of these communities may face. By giving your support you can help save lives.”

Learn more about the scheme and previous projects we have funded