A former fighter has become the first person to donate 10 times into NHS Blood and Transplant’s convalescent plasma programme. 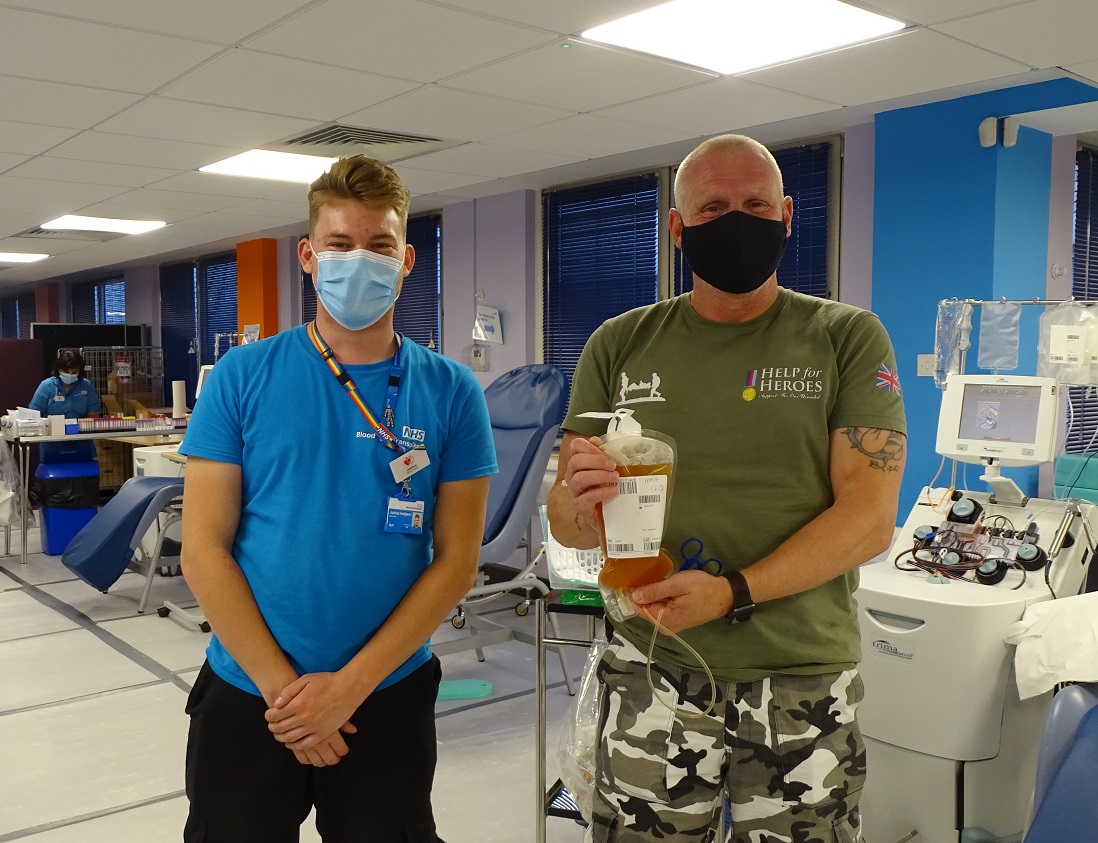 Stephen Franklin had COVID in March and is now donating his antibody-rich plasma to help other people. He is the first person in England to donate 10 times.

Blood plasma can be transfused into people who still have COVID-19, to potentially save lives. The antibodies in the plasma can stop the virus invading cells.

Stephen, 54, is a former army helicopter co-pilot and retired firefighter who now teaches in a special needs school. He was volunteering to look after key workers’ children when he got the virus in late March.

He made his first donation in late April and his tenth donation Birmingham Donor Centre on Tuesday, October 1. Around 130,000 people have offered to donate and NHSBT has taken more than 20,000 donations.

Stephen Franklin, 54, from Hall Green in Birmingham, said: “It’s just an easy way to make a difference. It’s nice to be doing something for people who are really poorly.

“It’s an easy procedure and the staff are fantastic.

“I will keep coming for as long as my antibody levels are high enough to donate and I think everybody that can donate, should donate.”

An NHS Blood and Transplant spokesperson said: “Stephen is a great example to us all and we thank him for all his donations.

“We urgently need to collect as much convalescent plasma as possible now, to help make sure stocks can be made available if the trials are a success.

“We especially need male donors like Stephen as they generally have higher antibody levels.”

Convalescent plasma is being collected at NHSBT’s 23 donor centres around the country, and several pop-up donor centres. 14 new pop-up centres are due to open this autumn.

Donation takes about 45 minutes. Your body usually replaces the donated plasma and antibodies. People can donate plasma as often as every two weeks.

NHS Blood and Transplant’s Clinical Trials Unit is collaborating with the RECOVERY and REMAP-CAP platform trials. Approximately 500 people have received transfusions so far.

Anyone who has had coronavirus, either a test result or the symptoms, can offer to donate at a donor centre by calling 0300 123 23 23 or visiting our convalescent plasma website.