The first UK patient has been treated in reopened trial which will seek to confirm evidence that plasma from recovered 'super donors’ benefits immunosuppressed people with coronavirus.

Convalescent plasma is the antibody-rich plasma from people who have recovered from the virus. It was found not to benefit patients overall during the landmark RECOVERY and REMAP-CAP trials, which were both supported by NHS Blood and Transplant. 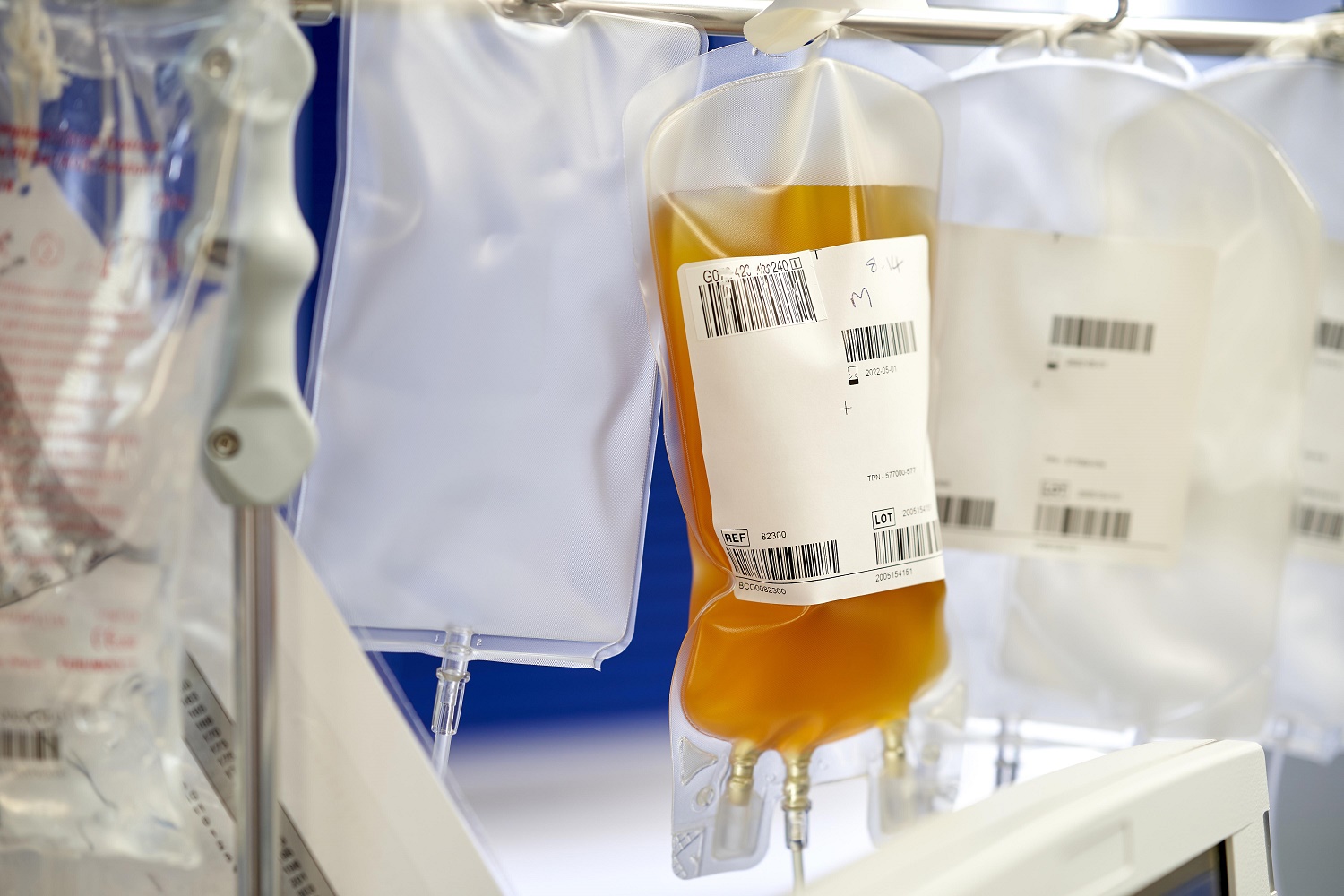 However, detailed analysis of the REMAP-CAP subgroup data has found an 89% chance that convalescent plasma with very high antibody levels did benefit patients who are immunosuppressed by reducing the need to support organ failure. (1)(2)

This vulnerable patient group includes people with some immune disorders, and people with illnesses which require medication that weakens the immune system, such as people with cancer or organ transplants. Around 500,000 people in England are immunosuppressed, according to the APACHE definition. (3)

Following the re-opening, the first UK patient has been transfused in the past few days at Charing Cross Hospital, part of Imperial College Healthcare NHS Trust. (4)

More than 15 hospitals across all four countries of the UK have agreed to take part in the trial, using plasma supplied by donations to NHS Blood and Transplant, with more expected to join in future weeks.

Only plasma with a very high antibody threshold, which is about ten times the threshold used in the original trials, will be used. The plasma will only come from people who have had both coronavirus and the vaccine, as they were found to have the highest antibody levels and the broadest reactivity against viral variants. (5)

The highest antibody level recorded so far in the reopened trial came from a man in his 20s who had just over 100,000 units of antibodies per millilitre, a figure around 100 times higher than that typically seen during the first wave of coronavirus.

The plasma donations will come from the existing donor base and there is no public appeal for new donors.  Several hundred units are being donated at Birmingham and Twickenham. Further plasma will come from nearly 300 suitable units still in storage from the original trials. The units will be issued to participating hospitals on a named patient basis. (6)(7) 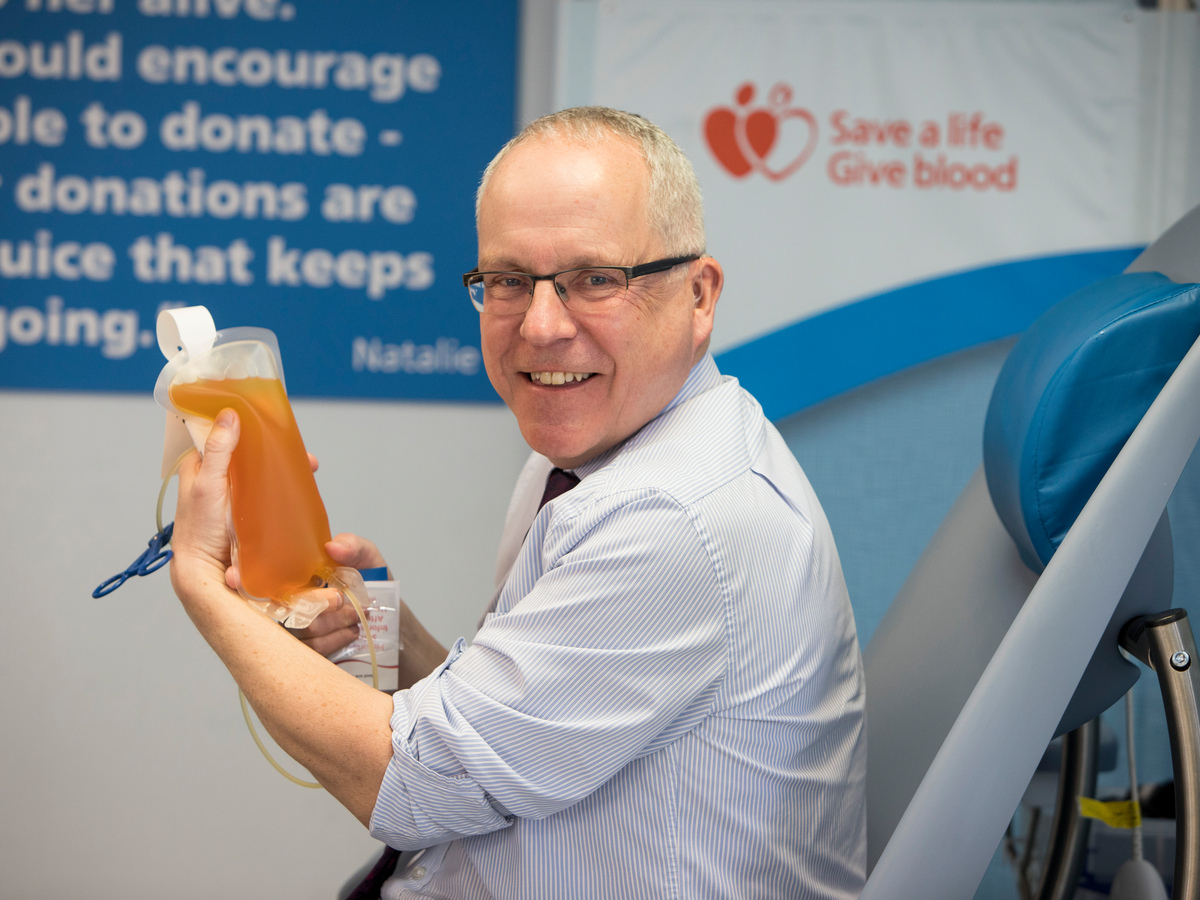 One of the people who has donated for the new trial is bank manager Steven George, 55, of Bromsgrove in Birmingham, had COVID in October 2020. He then went on to have the vaccines and the booster.

He said: “I thought that donating was the least that I could do to help others. It’s very moving when you see the news coverage of people who are vulnerable, especially the children, so anything I can do is a positive.”

Professor Lise Estcourt, head of NHSBT’s clinical trials unit, is the chair of the of reopened convalescent plasma domain of REMAP-CAP.

She said: “There’s a signal from REMAP-CAP that convalescent plasma can help immunosuppressed people but only if it comes from super donors with very high antibody levels.

“It could also be of particular use in the developing world, where access to more expensive treatments is limited.

“Only a full, randomised controlled trial can provide a definite answer. We have now reopened the plasma arm of the trial to get enough data for a result either way.

“We welcome the chance to again support world leading research and we’re grateful to everyone donating.”

He said: “The REMAP-CAP trial was designed to be adaptive, providing high quality evidence to guide best treatments for severely ill patients with COVID-19 around the world.

“As we move to a different stage of the pandemic we are pleased to be able to provide that evidence to ensure high-risk patients continue to receive the right combination of treatments.”