Red blood cells that have been grown in a laboratory have now been transfused into another person in a world first clinical trial.

The manufactured blood cells were grown from stem cells from donors. The red cells were then transfused into volunteers in the RESTORE randomised controlled clinical trial.

This is the first time in the world that red blood cells that have been grown in a laboratory have been given to another person as part of a trial into blood transfusion. (1)

About the RESTORE trial 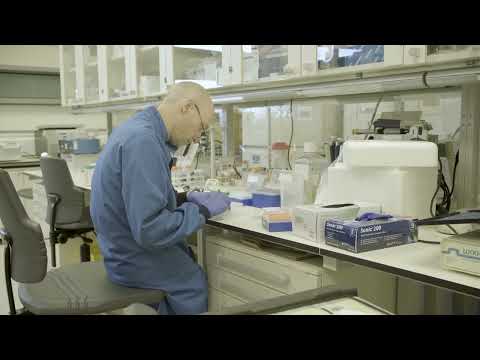 If proved safe and effective, manufactured blood cells could in time revolutionise treatments for people with blood disorders such as sickle cell and rare blood types. It can be difficult to find enough well-matched donated blood for some people with these disorders.

The trial is studying the lifespan of the lab grown cells compared with infusions of standard red blood cells from the same donor. The lab-grown blood cells are all fresh, so the trial team expect them to perform better than a similar transfusion of standard donated red cells, which contains cells of varying ages.

Additionally, if manufactured cells last longer in the body, patients who regularly need blood may not need transfusions as often. That would reduce iron overload from frequent blood transfusions, which can lead to serious complications.

The trial is the first step towards making lab grown red blood cells available as a future clinical product. For the foreseeable future, manufactured cells could only be used for a very small number of patients with very complex transfusions needs. NHSBT continues to rely on the generosity of donors. (2)

Two people have so far been transfused with the lab grown red cells. They were closely monitored and no untoward side effects were reported. They are well and healthy. The identities of participants infused so far are not currently being released, to help keep the trial ‘blinded’.

The amount of lab grown cells being infused varies but is around 5-10mls - about one to two teaspoons.

A minimum of 10 participants will receive two mini transfusions at least four months apart, one of standard donated red cells and one of lab grown red cells, to find out if the young red blood cells made in the laboratory last longer than cells made in the body.

Further trials are needed before clinical use, but this research marks a significant step in using lab grown red blood cells to improve treatment for patients with rare blood types or people with complex transfusion needs.

Professor Ashley Toye, Professor of Cell Biology at the University of Bristol and Director of the NIHR Blood and Transplant Unit in red cell products, said: “This challenging and exciting trial is a huge stepping stone for manufacturing blood from stem cells. This is the first-time lab grown blood from an allogeneic donor has been transfused and we are excited to see how well the cells perform at the end of the clinical trial.”

Chief Investigator Professor Cedric Ghevaert, Professor in Transfusion Medicine and Consultant Haematologist the University of Cambridge and NHSBT, said: “We hope our lab grown red blood cells will last longer than those that come from blood donors. If our trial, the first such in the world, is successful, it will mean that patients who currently require regular long-term blood transfusions will need fewer transfusions in future, helping transform their care.”

Dr Rebecca Cardigan, Head of Component Development at NHSBT and Affiliated Lecturer at the University of Cambridge said: “It’s really fantastic that we are now able to grow enough red cells to medical grade to allow this trial to commence, we are really looking forward to seeing the results and whether they perform better than standard red cells.”

“This research offers real hope for those difficult to transfuse sickle cell patients who have developed antibodies against most donor blood types.

“However, we should remember that the NHS still needs 250 blood donations every day to treat people with sickle cell and the figure is rising. The need for normal blood donations to provide the vast majority of blood transfusions will remain.

“We strongly encourage people with African and Caribbean heritage to keep registering as blood donors and start giving blood regularly.”

“Patients who need regular or intermittent blood transfusions may [as a] result develop antibodies against minor blood groups which makes it harder to find donor blood which can be transfused without the risk of a potentially life-threatening reaction.

“This world leading research lays the groundwork for the manufacture of red blood cells that can safely be used to transfuse people with disorders like sickle cell.

“The need for normal blood donations to provide the vast majority of blood will remain. But the potential for this work to benefit hard to transfuse patients is very significant.”

“This research, backed by government investment, represents a breakthrough for patients and means treatment could be transformed for those with diseases including sickle cell.

“Once again this shows the UK is leading the world when it comes to scientific innovation and collaboration while delivering high quality care to those who need it the most.”