Alfie is youngest COVID survivor to donate plasma for research

He was aged just 17 and one month old when he donated antibody-rich plasma.

He became the youngest donor of the 25,462 people who have donated at least once.

The sixth former, from near Stourbridge in the West Midlands, is due to donate for the second time this month (February).

The plasma from people who’ve had coronavirus contains antibodies which might help stop the virus spreading in other people.

Generally, people of middle aged and older are worse affected by the virus, and produce the high antibody levels needed for donation, making Alfie an unusual contributor.

He is one of only 59 people aged 17 who have donated so far. 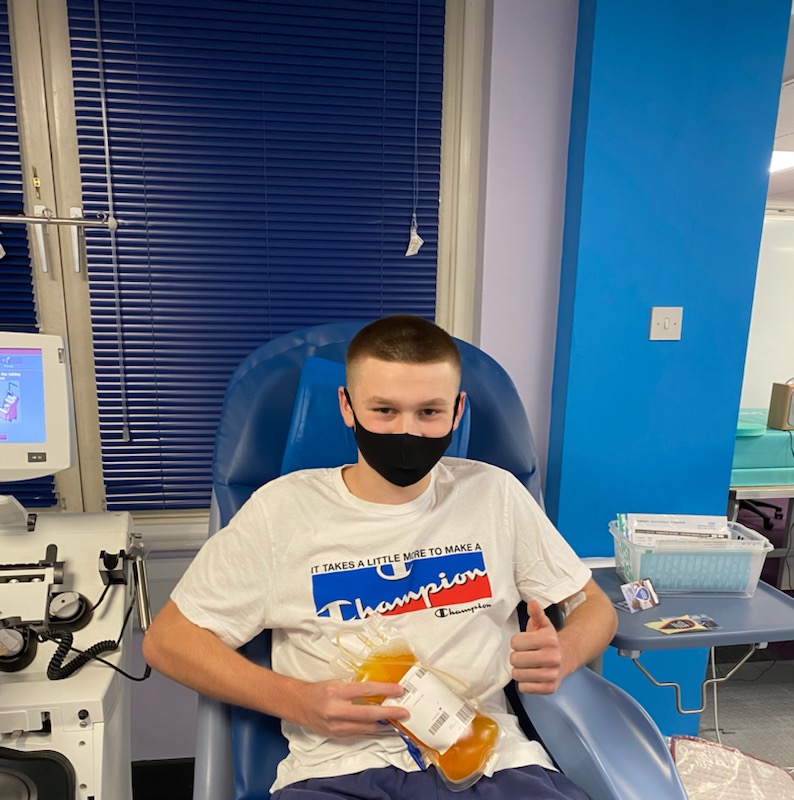 Alfie, who wants to be an engineer, had COVID in November, suffering mild symptoms such as a loss of taste and smell.

He said: “I went to sleep one night and when I woke up, I couldn’t taste or smell anything.

“I was like ‘I am pretty sure that’s going to be COVID’.

“I’ve got no idea how I got it. I didn’t have any other symptoms. It lasted about two weeks.

“My parents said they had seen something about plasma donation and I thought ‘why not?’

“When I went, all the nurses were nice, they sat me down and went through everything.

“The donation itself took 47 minutes and then I just went home afterwards. It was all good.

“I would say to other young people thinking of offering to donate, there’s nothing really to it. You have nurses and staff all around you, so you feel safe.”

Convalescent plasma is being studied as a potential COVID treatment.

The interim reports of plasma trials in hospitalised patients reported no overall benefit, though analysis for specific patient groups is ongoing (1). However a trial found early use of plasma in people at high risk, within 72 hours of symptom onset, stopped the progression to severe disease in 50% of people (2). People classed as at high risk may have weak immune systems and may not respond to vaccines. Donations are being taken while a further trial for these groups is being explored. (3)

Dr Lise Estcourt, Head of NHSBT’s Clinical Trials Unit, said: “We have completed two trials and we are examining all the results. In the meantime, we need to collect plasma for further planned clinical studies.

“Older people generally make more antibodies but Alfie’s story emphasises why we need people of all ages to donate.

“We’re incredibly grateful to Alfie and all the people who are continuing to donate plasma. If you’ve had coronavirus, your antibodies could be used in a trial to help some of the most vulnerable people. Men are especially likely to have higher antibody levels.

“The evidence suggests antibodies could be effective when used early, before someone needs hospital. This is because antibodies stop the virus, they don’t treat the damage it does.”