A tribute to Professor David Anstee 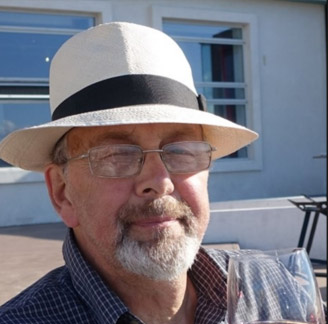 Professor Anstee dedicated the whole of his working life to leading the innovative research and development in our organisation for over 50 years and his contribution to the transfusion science and clinical practice is unparalleled.

“Professor Anstee was consistently dedicated to leading the innovative research and delivery of clinical practice in our organisation for many years and his contribution to the field is unparalleled.

His work has improved the lives of so many patients reliant on blood transfusions and it is testament to his legacy that he was the first ever colleague in our organisation to receive the 50 year long-service award in 2017.”

In 1987 Professor Anstee was appointed Director of the Blood Group Reference Laboratory (BGRL) for Central Blood Laboratories Authority. In June 2000 he became Research Co-ordinator for the National Blood Service where he continued his work researching transfusion sciences and erythrocyte biology.

In 2006 he became Director of BITS/IBGRL within NHSBT. Finally, in 2015, after retiring and returning back in 2011, he became the Director of the £3 million National Institute for Health Research (NIHR) Blood and Transplant research unit which set out to conduct clinical studies and research on lab grown blood.

“I have had the privilege of working with Dave since 2005, to me he has been a collaborator, mentor, and friend. He was a visionary scientist who has led his teams to an unprecedented understanding of blood groups and red cell structure.

“More recently he focused on developing the ability to grow rare blood types in the laboratory to understand disease but also as a future transfusion product, which we are going to test in clinical studies.

“He initiated and supported the careers of many scientists, including my own. He will be missed by all that knew him.”

Professor Anstee was a visionary scientist, his enthusiasm and interests starting and maintaining numerous careers and inspiring many scientists.

It’s hard to cover everything in his career, as he achieved so much but we will cover a few of the highlights here.

Professor Anstee worked together with Marion Scott of IBGRL and Diana Brazier of the Bio-Products Laboratory (Diagnostics) (BPL-D) to identify antibodies to be made into reagents for routine ABO blood group typing within the National Blood Service.

The production of these reagents saved both time and money for the Transfusion Service and increased the safety of blood for patients as all donations were able to be accurately typed using these safe reliable reagents.

Although the transfusion service later outsourced blood grouping reagents to commercial companies, some of these antibodies developed are still in use today.

In the 1980 to 1990s Professor Anstee’s group were at the forefront of research on the Rh blood groups in the 1980s-1990s and developed tests for Rh typing.

Haemolytic disease of the fetus and newborn (HDFN) arises when mother and fetus have different blood groups and the mother produces antibodies to the fetal red cells that cross the placenta causing disease, and in some cases, fetal death. Professor Anstee’s Team at IBGRL set up a new DNA sequencing lab within IBGRL and introduced fetal genotyping as a national service, first using amniotic fluid samples then later, maternal plasma (following further research within IBGRL).

BITS was established in 1996 under the directorship of Professor David Anstee, with the aim of bringing together research and teaching at the IBGRL, the Bristol NHSBT Centre and the University of Bristol. During this time, he collaborated with many researchers at Bristol University, including his most prodigious collaboration with Prof Michael Tanner in Department of Biochemistry which continued until Mike retired.

BITS and the Department of Cellular and Molecular Medicine, University of Bristol together run the taught MSc course in Transfusion and Transplantation Sciences, founded by Professor Anstee. The course, which has very recently moved to University of West of England, has trained many clinical scientists and clinicians and is highly respected both within the UK and worldwide.

In 1999 Professor Anstee founded the Clinical Biotechnology Centre (CBC) which manufactures GMP-grade molecular therapeutics that have been used to treat patients throughout the world. It was the first facility of its kind in the UK to receive a manufacturers’ licence for gene therapy and recombinant protein investigatory medicinal products from the Medical Healthcare Regulatory Agency (in 2004, and continuously to this day).

More recently Professor Anstee’s team at NHSBT, alongside the Frayne and Toye labs at the University of Bristol, has worked on producing rare blood types from stem cells producing what is to date the largest amount of lab grown blood. Professor Anstee also instigated the development of immortalised lines, generating the Bristol Erythroid Line- Adult (BEL-A) immortalised cell line which is an excellent research tool that has been requested by labs for use around the world.

He will be hugely missed by his family, colleagues, and many friends.​​​​​​​