The Imam Hussain Blood Donation Campaign was first established in Manchester in 2006, and now over ten years on, it is the UK's largest Muslim blood donation campaign located across 25 cities.

Working in partnership with NHS Blood and Transplant it promotes blood donation to its members and the wider community.

Run by the Islamic Unity Society, the idea of altruism is central to the youth volunteer-led campaign, which aims to promote blood donation through the idea of people 'giving back' to save a life.

Since the campaign launched 1,000’s of IUS members have given blood across England, Scotland and Wales.

“The Imam Hussain Blood Donation Campaign has been doing a fantastic job over the past ten years, during which it has saved many lives.

“The initiative is inspired by the teachings of Islam which dignifies and honours human life, and commands Muslims to do everything to respect and preserve it.

“NHS Blood and Transplant has been instrumental in giving us the platform to carry out this important work, and this official partnership further strengthens our commitment to supporting blood donation in the UK." 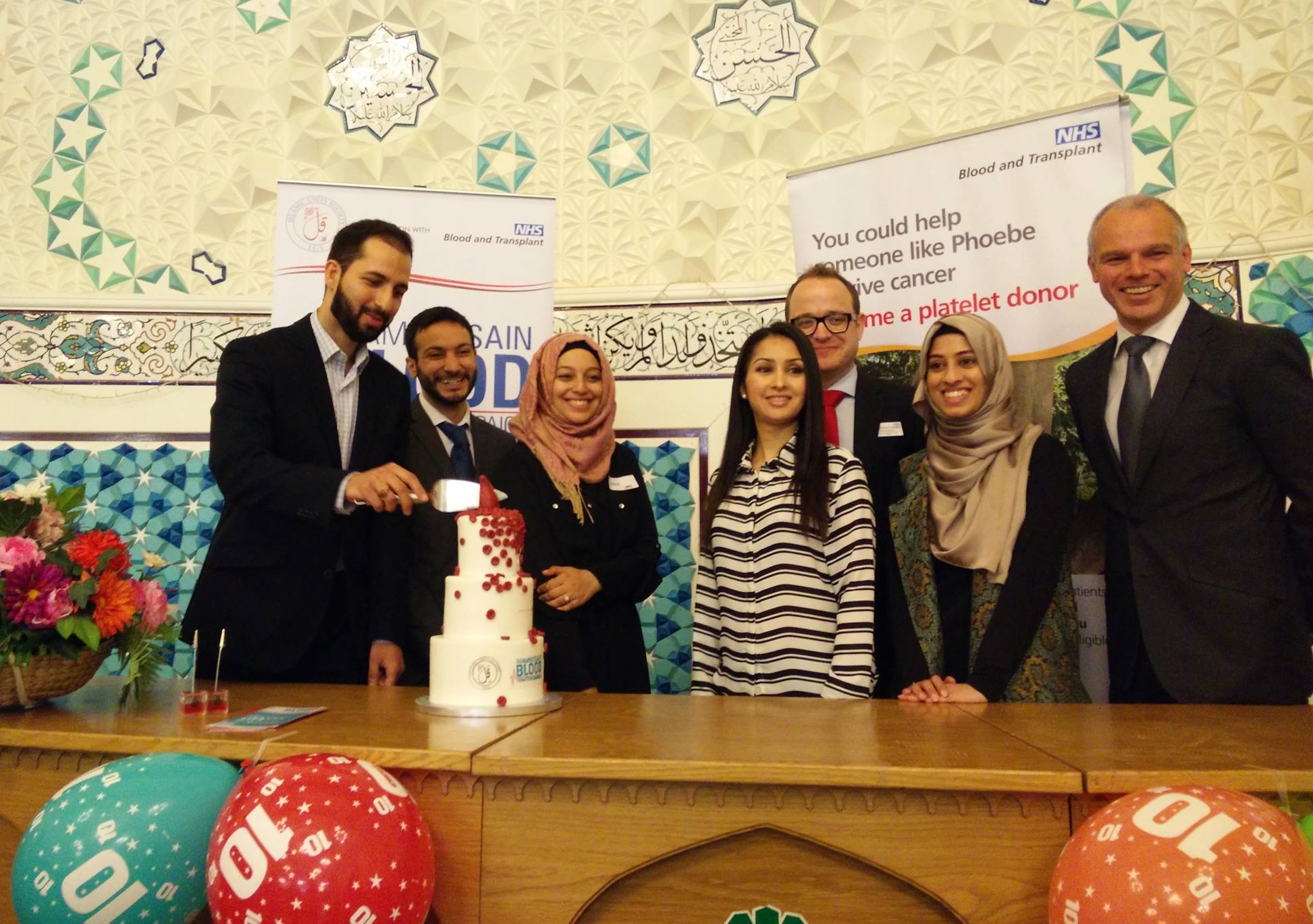 Director of Blood Donation Mike Stredder joins members of the Islamic Unity Society in celebrating ten years of the campaign.