Platelet transfusion trial to benefit babies in the future

PlaNeT-2/MATISSE is a trial assessing clinically relevant outcomes in relation to the platelet count thresholds commonly used as triggers for transfusion. A trial of this nature has not previously been undertaken in preterm neonates with severe thrombocytopenia. 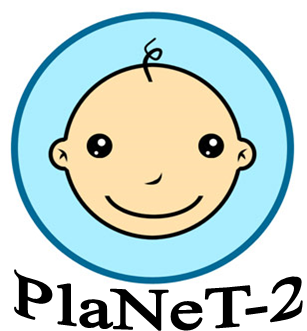 Having a baby is a time of great excitement and anticipation, yet there is nearly always an element of anxiety. Most of the time all goes well, and mother and child leave hospital to begin a new life together. Unfortunately however, approximately 1 in 8 babies (around 95,000) are admitted to a neonatal intensive care unit (NICU) in the UK every year, either because they are either premature or unwell. Approximately 25% of these babies have a low platelet count and require platelet transfusions. However, views amongst those working in neonatal medicine differ as to the safest platelet level to use as a trigger for transfusion.

The PlaNeT-2/MATISSE trial, which has just reported its results (within the New England Journal of Medicine) was designed to provide clinical evidence as to the best level at which to transfuse neonates safely.

PlaNeT-2/MATISSE is a randomised controlled clinical trial that opened to recruitment in June 2011, initially with just 5 centres. The trial was funded and sponsored by NHS Blood and Transplant (NHSBT) and run through the NHSBT Clinical Trials Unit (CTU). The Clinical Trials Unit is based in Addenbrookes Hospital, Cambridge.

The 660 babies recruited to the PlaNeT-2/MATISSE trial were randomly split in to two different groups (or arms). The differences between these groups were the platelet count at which they received a platelet transfusion. In one arm babies were transfused when the platelet count dropped below 50 x109/L. In the other arm, the level had to drop to below 25 x109/L before a transfusion was triggered.

The outcomes of the babies in each arm were monitored and the differences compared to determine whether a platelet count of 25 or 50 x109/L was better. In August 2017 we finally achieved our target of 660 babies. The data has now been evaluated. This is available in the New England Journal of Medicine titled: "A Randomised Trial of Neonatal Platelet Transfusion Thresholds”.

Neonatal clinicians across the globe are interested in the findings, and we hope that this will lead to improved clinical care for such a vulnerable patient group. Although we have finished recruitment, the trial continues as the babies will be monitored until they reach 2 years of age.

There are many different challenges to overcome when running a clinical trial such as PlaNeT-2/MATISSE. Working with premature babies in the neonatal care setting is challenging. Parents may be overwhelmed by the situation they find themselves in. Instead of taking a term baby home they are faced with a tiny individual in an incubator looking at an unknown future. The noises, smells and unfamiliar setting cause enormous strain. How many parents in such a situation would therefore consider enrolling their baby in a clinical research trial?

The initial recruitment rate to the trial was low and we eventually had to extend the number of participating centres from the original 5, to over 40 units, including 8 in The Netherlands. The study also had sites participating across Southern Ireland, Northern Ireland and Wales.

Many thought that a trial of such a large number of very sick babies could not succeed. However, through the dedication of consultants, research nurses, and of course through the generosity of parents, we managed to achieve our goal. PlaNeT-2/MATISSE has been a collaborative piece of work across Europe that will hopefully benefit many babies in the future.

A special thank you goes to all the parents and families for their support and dedication in this trial.

Register to give blood