Mr Souradip Mookerjee is an MB/PhD student in Dr Cedric Ghevaert’s Lab at the University of Cambridge, working on the translational research of making platelets from stem cells.

What does a baby, the atom bomb and Dolly the Sheep have in common? Stem cells!

We all start out life as a single cell, a fertilised egg. Somehow, that cell divides and divides and its progeny form every single one of the approximately 30 trillion cells in our bodies, from skin and bone through to our hearts and brains.

Throughout much of the Cold War, many people worried about the effects of radiation poisoning. Radiation affects cells that divide quickly, especially blood - red cells only last about 120 days in circulation, and platelets only 5 days. Often people died within weeks of bone marrow failure; they were not able to make any new blood. Research found that by transplanting just one specific bone marrow cell, it was possible to regenerate the entire blood forming system. This special cell is a blood stem cell and we now routinely use radiation and bone marrow transplantation to cure many blood cancers.

It also used to be thought that once a stem cell differentiates, it can never go back. Skin makes more skin; it doesn’t turn into muscle or blood! But in 1997, Campbell and colleagues took a fully differentiated skin cell from a sheep, took its nucleus, and used it to create a complete sheep (Dolly)! This paved the way for the idea that given the right factors, our own differentiated cells can have their internal clocks turned back, to turn them back into a stem cell just like the one that makes all of those trillion cells that make us who we are, and one day we might be able to use them to grow tissues for transplant. Yamanaka and colleagues discovered in the mid-2000s how to “reprogram” fully differentiated cells (like a bit of your skin) back into a stem cell state, winning them a Nobel Prize – these are called induced pluripotent stem cells, or iPSCs. Unlike most things we are used to in life, these stem cells don’t run out – they can and do make more of themselves; all they need is the right care, attention and nutrients!

Platelet transfusion is a life-saving treatment and demand is increasing

Up to 2.9 million transfusions of platelets take place each year in Europe. Platelet transfusion strategies are driven by either the need to stop active bleeding (therapeutic) or to prevent its occurrence in at-risk groups (prophylactic). The most common situations are for patients receiving chemotherapy, requiring surgery (especially cardiac surgery) or having experienced severe haemorrhage (e.g. from pregnancy or childbirth, trauma, largely from road traffic accidents, or severe anaemia in the young, often caused by malaria), often being combined with other blood products such as fresh frozen plasma (FFP) and red blood cells (RBCs) in a massive transfusion protocol.

In most high-income countries, there is an adequate supply of blood with its use largely pre-planned and predictable, with most blood transfusions (79%) taking place in the over 60 group. Blood donors and their donated blood are rigorously screened, and so the frequency of disease transmission through transfusion is low, although tragically marred by recent scandals in the 1980s when strict screening and testing for infectious agents was less common.

However, there are major ongoing issues in lower-income countries, where most blood transfusions (67%) are given to children below the age of 5, reflecting the different demands on medical care in different parts of the world. In sub-Saharan Africa, blood shortages (the leading cause of maternal mortality due to post-partum haemorrhage) and unsafe blood (leading to many instances of transmission of HIV and hepatitis) represent major challenges in transfusion medicine. These are thought to be due to the result of a relative scarcity of donors (combined with a free market, quickly leading to blood products becoming unaffordable for many), the unwillingness of relatives to donate due to cultural differences as well as inadequate supply chains, storage and transport infrastructure. 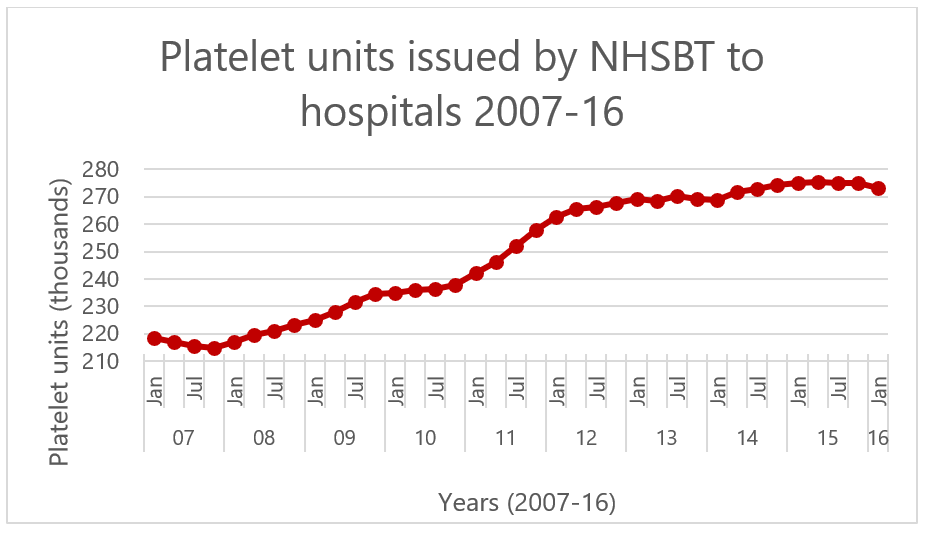 Figure 1. Demand for platelet units increasing over time in the UK, adapted from (Cowan, 2017).

The demand for platelet products is steadily rising due to their increased use in chemotherapy and trauma surgery. At the same time, the supply from donors has remained largely constant.  There have been no major advances to improve the storage of platelets beyond 7 days, compared with 35-40 days for red blood cells, making these a comparatively perishable blood product. Due to their short shelf life, supply and demand is carefully managed, especially over holiday periods when fewer donors are available, and after natural events such as snowstorms.

In 2016 our lab published a new method that allows us to take iPSCs and push them to turn into platelets. This means we have been able to make blood from a renewable source of stem cells on demand! We do this by activating three transcription factors, GATA1, FLI1 and TAL1 inside of these stem cells, which forces them to divide to make megakaryocytes, the precursor cells to platelets. We can then put them into a special bioreactor that holds these cells in place while they give off platelets, just like they do in our bone marrow!

Since then a lot has happened, and many labs around the world are racing against each other to be able to scale up production of platelets like this. One platelet transfusion unit contains 3x1011 platelets! Some labs (including our own) have even modified these stem cells using cutting-edge genome editing technologies (like CRISPR, TALENs, Zinc Finger nucleases) to remove the molecules on the surface of normal platelets to make them immunocompatible with everyone – a bit like having on-demand O-negative universal platelets! My PhD has focused on engineering these lab-grown platelets as a drug delivery system and engineering them to contain clotting factors to make them more potent and allow us to do more with less! So far, we’ve only ever looked at the effect of these in vitro derived platelets in animal models, such as mice. 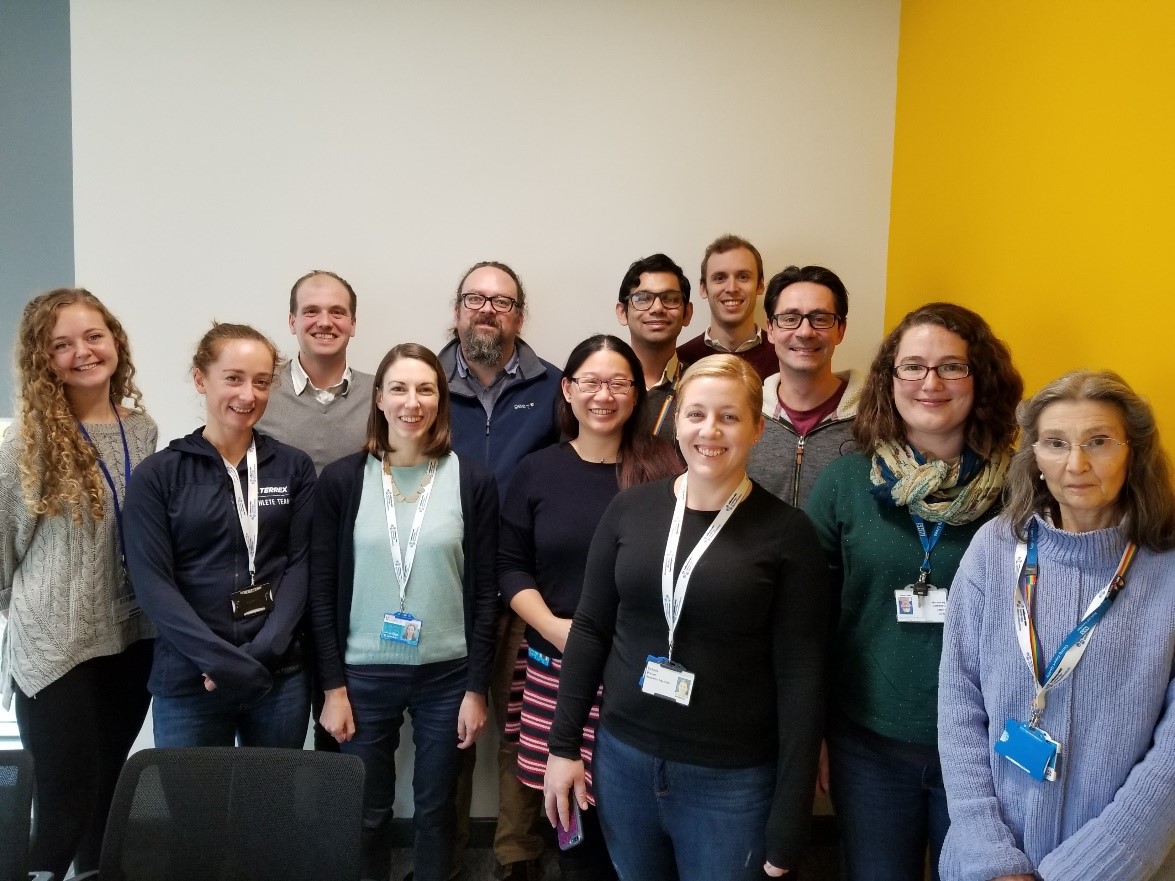 As we get closer to the point where human clinical trials are becoming feasible, it’s more important than ever that we all have the same ways of assessing the purity, safety and function of these in vitro platelets compared to donor platelets, so that we can all compare the progress we are making and make sure what we do will not do harm. The World Health Organisation (WHO) have recently commissioned a standard for assessing these next-generation medical products. I recently published an article in the journal Platelets about how far this field has come, proposing a few of the standards we use to assess our platelets, and made note the challenges we still face. It’s our collective responsibility to leave the world a better place than how we found it, and stem cell research offers us one way to that brighter future!